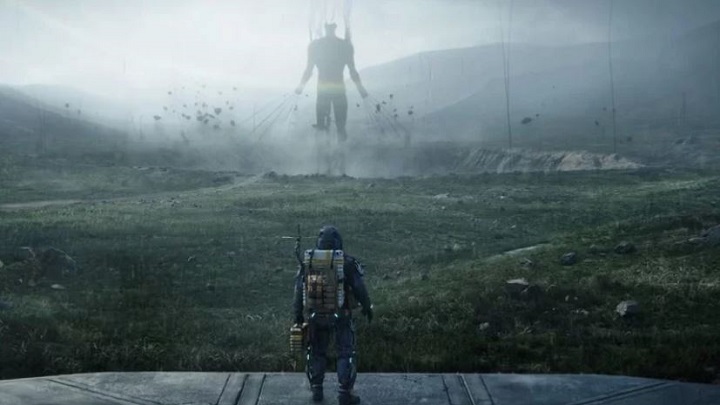 A lot of action on Death Stranding's short trailer.

Another short trailer from the latest work of Hideo Kojima - Death Stranding - has just appeared on the web. Although the one-minute video entitled The Drop did not show much in terms of new gameplay elements, there is more action in it than in the other materials presented recently. The whole thing can be watched below.

On the atmospheric video we can see the game's protagonist, Sam, who flees from a group of enemies. More than taking down his opponents, he wants to protect his valuable shipment, and the trailer itself shows us that it will not be such a simple task at all. The fate of the world is in the hands of the player, but on the way there will be obstacles, which will not be so easy to overcome.

One more thing to be released is the song that we will be able to hear in the credits of Death Stranding, which was confirmed by Kojima on his official Twitter.

Death Stranding will debut on November 8, this year. However, there is still a lot of controversy around the production - Kojima himself recently said that the real fun will start only beginning from the middle of the game, and earlier he admitted that he does not fully understand his production. That said, whatever Death Stranding eventually turns out to be, we will see it for ourselves pretty soon.