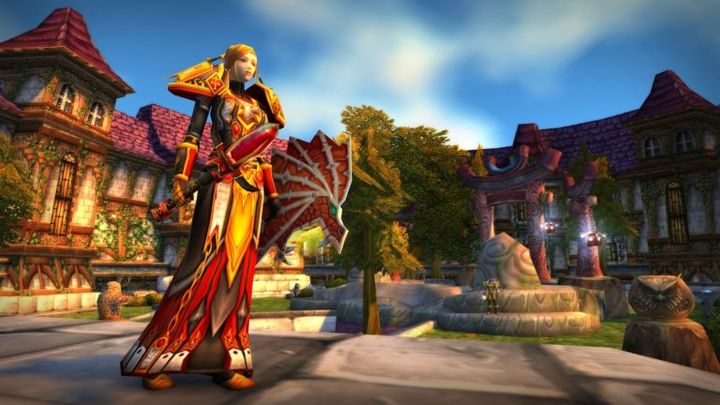 The next phase of WoW Classic will begin before the end of the year.

PCGamer recently interviewed Ion Hazzikostas from Blizzard Entertainment, director of World of Warcraft Classic. One of the topics of the conversation was the phases in which the development of the game is to be realized. It turns out that we won't have to wait too long for new features - the next stage should start this year.

"I think it's a matter of later this year, I think we can say definitively. Within that timeframe? It's going to depend on a few factors," said the developer

New content in phase two will include Dire Maul and Honor system, which should please players who prefer PvP.

Why don't we get the new features sooner? The main problem here is the "layering" system, thanks to which the title managed to cope with the huge number of players, which stormed the servers right after the release. It allows for to making copies of the same location, or even the whole world, so there's room for anyone. The method was crucial in the first days of Classic's existence on the market.

"Without layering, we simply would not have been able to accommodate anywhere close to the number of players we have on our servers," Hazzikostas explained.

Now, however, "layering" has to be disabled, because it's incompatible with some of the new content - for example, the so-called world bosses, which are powerful opponents that exist in the game world only in one version and disappear when they are defeated. Creating more copies of the same monster would spoil the whole concept.

"When Kazzak is up, we only want one Kazzak. That's kind of a central dynamic of how that needs to play out in the outdoor world," said the director of WoW Classic.

We would like to remind you that World of Warcraft Classic servers went online on August 27, 2019. Like the normal version, the game is only available on PC. It is worth noting that the new old version of the cult MMORPG was a great success for Blizzard Entertainment.