Some time ago, Metacritic introduced a restriction for user reviews: players can no longer post their reviews right after the release of a game. GameSpot has received an official announcement on this issue. It was confirmed that from now on we can only give our notes 36 hours after the debut of a particular work. However, this only applies to video games - movies, TV series and music - can still be scored on the day of release. 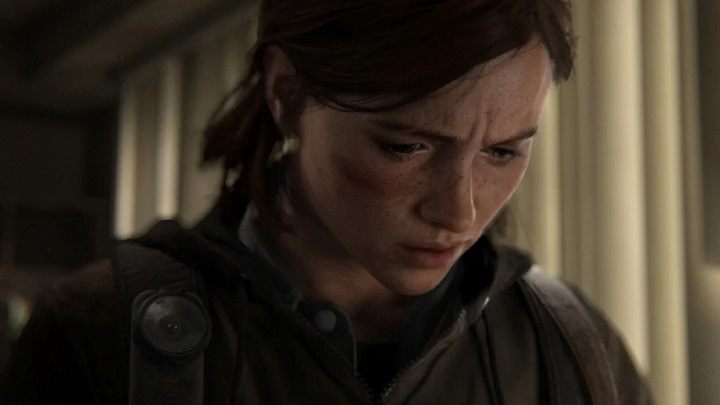 The new restrictions on Metacritic reportedly have nothing to do with the scandal surrounding the second The Last of Us.

We learned about this change in the operation of the service at the beginning of July, when Internet users noticed that it is impossible to rate newly released games. Instead, the game's page will feature a request to spend more time with the title. Many of these were related to the problems of The Last of Us: Part II, which found itself at the center of a de facto review war. At worst momen, Naughty Dog's game had an average user rating of less than 4/10. Now the situation has improved a bit, but as a result the title was rated by more people than any other video game on Metacritic. At the time of writing this text, the second TLoU has scores from over 130 thousand users. For comparison: God of War was rated by less than 15,000 people, and most major AAA productions have not achieved 10,000 user reviews. 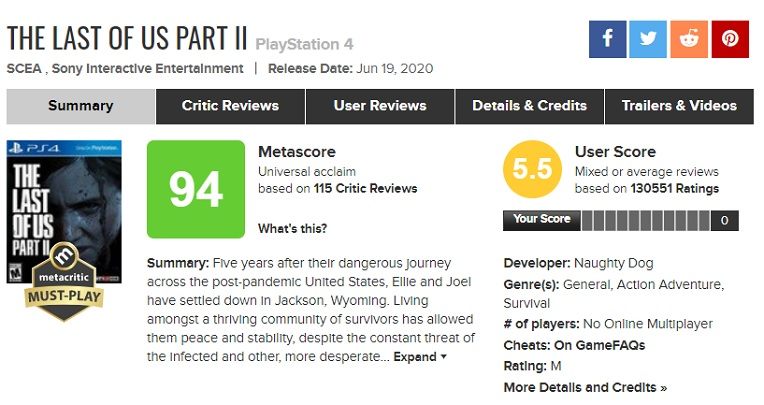 In terms of the number of ratings, the second The Last of Us is far ahead of the competition (source: Metacritic).

In the above context, it seems obvious that it was the confusion surrounding Naughty Dog's latest game that forced the website to restrict user ratings. However, this was denied by Metacritic. The announcement for GameSpot stated that the decision to introduce restrictions was based on analyzes and consultations with reviewers and industry experts. This was not affected by any situation with ratings of any particular game. In other words, officially, the changes in the users' note system are unrelated to The Last of Us: Part II.