Although at the beginning of this month Naughty again delayed the release of The Last of Us: Part II, this time for an indefinite period of time, this does not mean that the atmosphere around the sequel of the cult TPP action game of 2013 has cooled down. From time to time the heat is sustained, whether by official materials or leaks. The latest one took place a few hours ago and shocked the game's community. Several fragments from the game (most likely from the developer version) have been uploaded to the web, some of them revealing essential elements of the story. 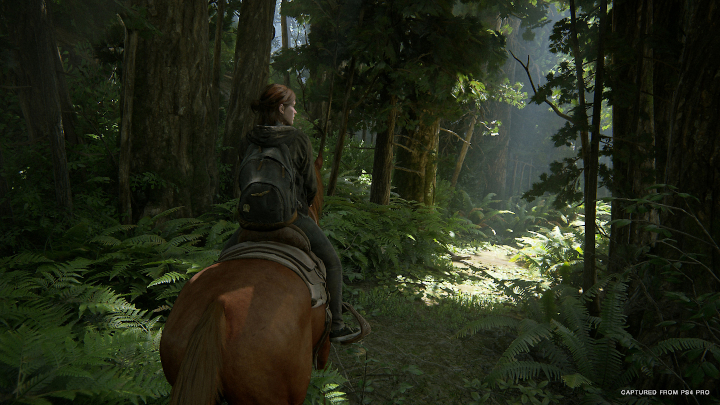 The leak of fragments of The Last of US: Part II caused quite a stir on the web.

We're not gonna tell you what's on these videos. We'll just say that some of them show fragments of the game and others cutscenes. If you're curious about details, check out the links below yourself. If you wish to avoid spoilers, do not click them under any circumstances. Also be careful when browsing online forums and YouTube in the near future.

Of course, we are not entirely sure if the above leaks are true. However, given the quality of the recordings in question, the probability that it is a well-made scam seems to be very low.

It's not entirely clear who the source of the leak is. So far, none of Naughty Dog's representatives have issued an official statement on the subject. However, it is said that the fragments were uploaded to the web by one of the studio's employees, who quarrelled with his management about the remuneration. This would be linked to recent reports that the situation of people employed by the creators of the Uncharted series does not look very good.

At the end of the day, one can ask oneself if the recent, quite serious leak related to The Last of Us: Part II, will make Naughty Dog's owners release the game faster than they planned? We should see about that in the near future.