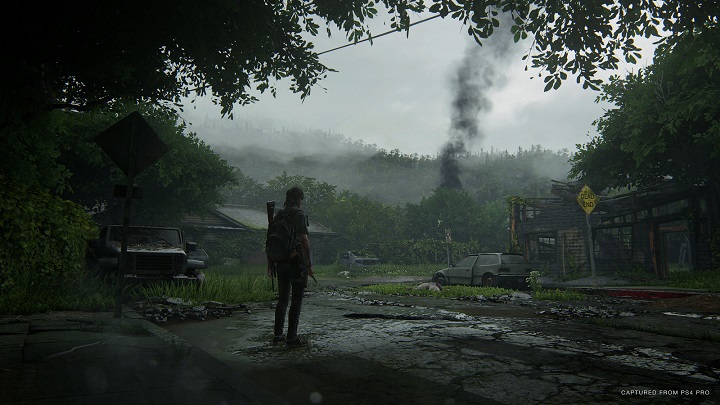 There will be no multiplayer mode in the second part of The Last of Us.

A closed presentation of a playable demo of The Last of Us: Part II, available only to the media, took place today. During the meeting, journalists could see how the continuation of Naughty Dog's hit looks like. According to their accounts, the new installment is simply a better version of The Last of Us, which also delights with its even greater attention to detail and unique atmosphere. It is also worth noting the introduction of several new mechanics to diversify the game or the improved opponent AI. There was also information about the lack of online mode, which was announced a year ago.

In an interview for Polygon, the co-director of Naughty Dog, Anthony Newman, clearly stated that despite his earlier plans, multiplayer will not appear in the latest installment of the game.

I know we had kind of announced that [it would have multiplayer], but as the game has developed, its become so ambitious, so grand in scope, and so intricate in its complexity, that it really required the full focus of the studio to deliver this single-player experience.

Note: the next paragraph contains information that can be considered as a spoiler.

But let's move on to what the said demo looked like. It was divided into two playable parts. The first one included a mission in which the main character, Ellie, together with her close friend Dina, patrol a snow-covered area around a shelter in Jackson, Wyoming. As the heroines make their way to the abandoned supermarket, the player learns the basic gameplay mechanics in the form of a tutorial. Moments later, the girls escape the snowstorm and find refuge in an abandoned shelter where they spend the evening together. The second part of the demo presented another mission, during which Ellie, alone in the ruins of Seattle, is looking for Tommy (a character from the first part of the game) who is in conflict with the local xenophobic faction. 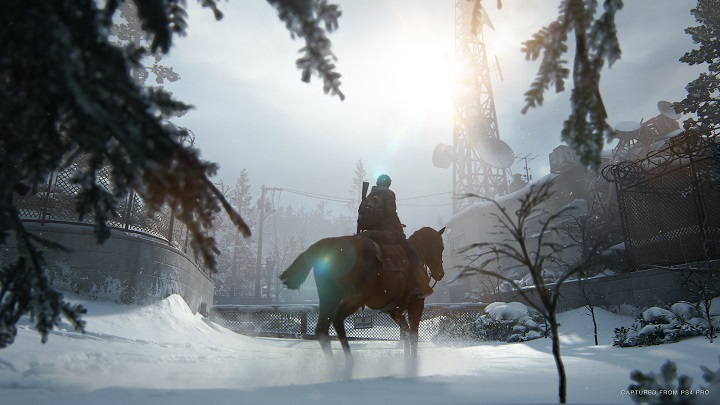 Beautiful snow-covered views give only an illusory sense of peace.

According to Neil Druckmann, the studio's creative director, both fragments are only a small part of what awaits the players in The Last of Us: Part II. The world depicted in the game is the biggest one created by Naughty Dog so far, but the creators themselves point out that it is not open. If the player sometimes gets the opportunity to perform side tasks (which do not need to be completed at all), they will not feel the pressure of exploring the map and discovering each angle of the map throughout the game. The emphasis was put on the story and the characters.

The mechanics shown in the game are in most cases a development of those known from the first installment. The supplements or medicines we find will enable us to develop Ellie's skills, which are divided into three categories - stealth, survival and crafting. The development of each one of them will affect the different abilities of the heroine, such as the speed of crafting or her throwing range. In addition, Ellie will be able to jump to higher positions, dodge and crawl to hide from her opponent's sight. 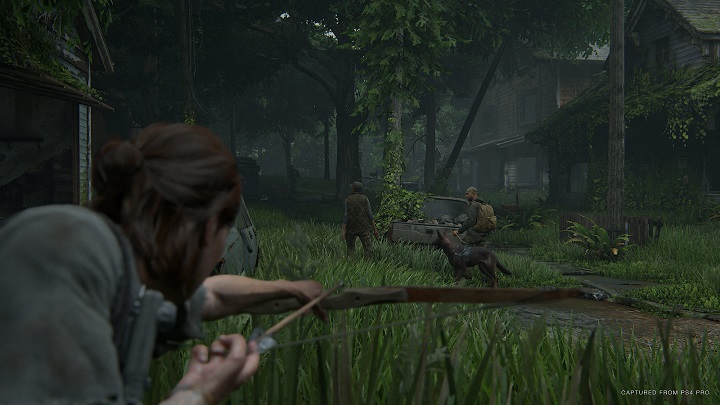 Dogs will pose as much of a threat as their handlers.

Enemies will have an improved AI that will allow them, for example, to detect Ellie when she takes a bow shot from hiding, and their companion dogs will be able to smell her as soon as they get close enough. This means that even if the heroine successfully hides herself in the high grass from a human opponent, the four-legged enemy will still easily sense her presence. The vigilance of enemies can also be used to their advantage, for example by diverting their attention by breaking the glass with a brick.

As for those less lively opponents, we found out that in The Last of Us: Part II we will meet at least one new type of infected - Shambler. In close contact, it will release poisonous gas, and when killed (which is supposedly more difficult than it seems), its corpse will explode. However, the clickers known from the first part will now move much faster, and Ellie will have to be even more careful, sneaking up to them and trying to eliminate them with her knife (at least the blades for killing those enemies are no longer disposable). However, the heroine will not remain defenceless, because from now on shooting the enemy in the legs will effectively make it impossible for them to move around. 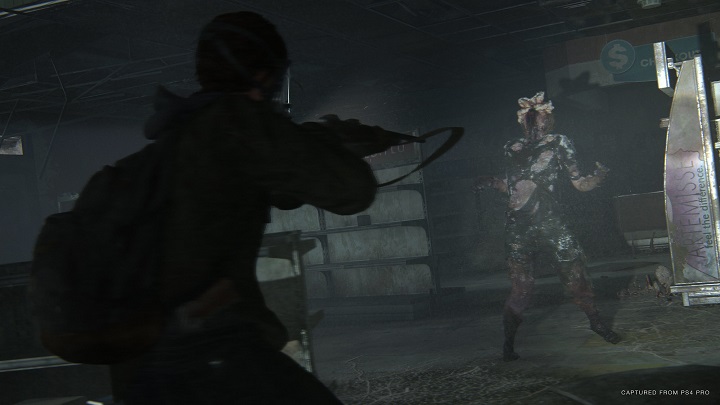 Clickers will be even more dangerous.

The Last of Us: Part II will debut on February 21, 2020 on PlayStation 4 only. The only playable character will be 19-year-old Ellie, and the game will develop the themes known from the first part.