During the last weekend, eyes of all Blizzard fans were fixed at BlizzCon 2016. The event saw many interesting announcements on the companys popular IPs, but in this article wed like to focus on Diablo-related news. This bestselling hack-and-slash franchise is celebrating its 20th anniversary this year. To honor the occasion, Blizzard is preparing a huge patch 2.4.3 for Diablo III, dubbed Darkening of Tristram, which is to hit the PTR servers next week prior to its full release in January. 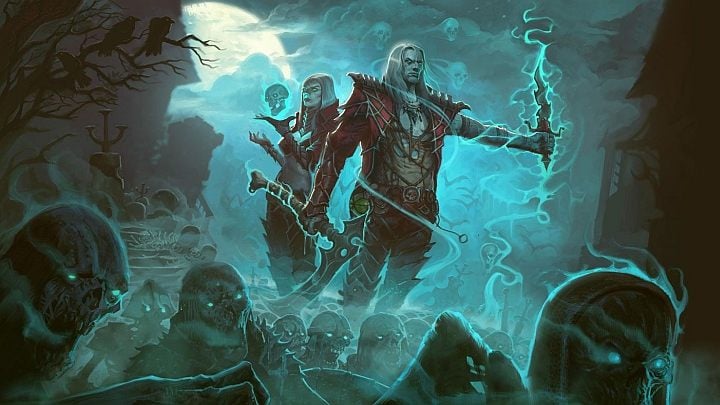 The Necromancer will soon join the roster of Diablo III playable heroes.

This update is going to bring content that can be best described as a sort of in-game remake of the original 1996s Diablo  throughout January, players who own Diablo III and the Reaper of Souls expansion will be able to relive the adventure known from the first Diablo remade on the new engine with some retro features. We will get to explore 16 levels of dungeons spreading under the Tristram Cathedral and take on four bosses, including the Lord of Destruction. Note that this is going to be a yearly event, i.e. the next such occasion will not occur before January 2018.

Thats quite big news already, but theres more. Next year, Diablo III: Reaper of Souls will get another expansion pack: Rise of the Necromancer. This paid DLC will introduce another playable hero class, the Necromancer, able to command an army of the dead  check out the character overview on the official website.

Another nice addition to Diablo III will be the Armory, coming some time in 2017. There, you will be able to stash five full loadouts for your hero. This will obviously make it easier for players to switch between their favorite play styles without having to search through all their stuff for every single piece of equipment. Read the official BlizzCon Recap to find out more.

Play XCOM 2 With a Friend Thanks to Co-Op Mod

Play XCOM 2 With a Friend Thanks to Co-Op Mod