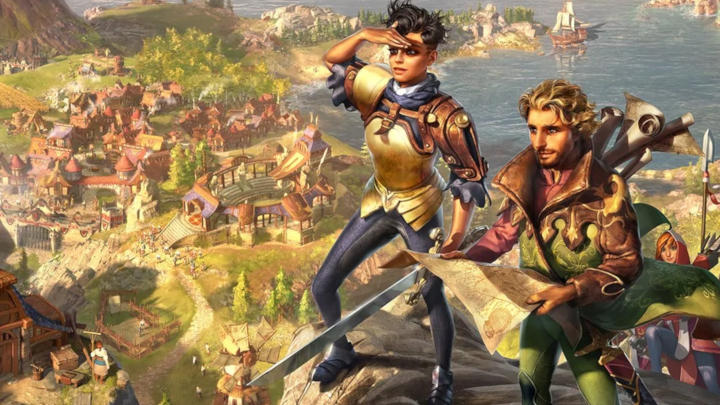 The new release date means that the eighth installment of The Settlers will be released ten years after the seventh installment.
THE SETTLERS IN A NUTSHELL:

A new trailer for The Settlers appeared on the Internet - the eighth installment of the iconic strategic economic game series, which was announced during gamescom 2018. According to the initial announcements, the game from Blue Byte was to be released this autumn. However, the plans have changed - according to the publisher of the title, the launch was delazed to 2020.

The Settlers is now available in pre-sale in two versions - standard and gold. The latter includes the Monuments & Merchants expansion, additional decoration buildings and earlier access to the game (3 days before the others). Persons who purchase the production in advance will receive a bonus in the form of a unique decoration building.

The Settlers is to be a sort of reboot of the franchise (hence the lack of a number in the title). The game is created on the Snowdrop engine (used, among others, in the Tom Clancy's The Division series), and its development is supervised by Volker Wertich, the designer and programmer of the first and third installments of The Settlers. The eighth installment of the cycle is to combine proven solutions with completely new elements of the game. The title is intended to offer an extensive campaign (which can be completed solo or in cooperation with friends), as well as optional scenarios and multiplayer online modes.

The Settlers 7, the previous installment of the series, was released in 2010, i.e. ten years before the planned premiere of the upcoming title, which is the longest break in history between the successive parts of the series published since 1993. The Settlers will be released on the PC - only on Epic Games Store and Uplay. The title will also be available in the upcoming Uplay service.