The Sims 4 will celebrate its fifth birthday this year. However, Maxis studio does not intend to end up with support for this title. On the occasion of the quarterly investor conference, Andrew Wilson, president of Electronic Arts, revealed that this year's fans of the cult "life simulator" can expect even "20 new content packages". 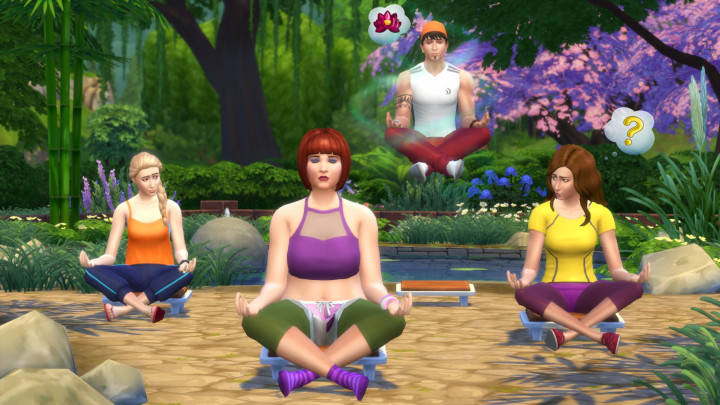 It's not a particularly shocking piece of information. Since the beginning of its existence, that is for more than 19 years, The Sims series have been famous due to a lot of add-ons to its subsequent installments. Nowadays, when DLCs are a standard and Internet access has become common, publishing of such content is even easier. The fourth installment has already received over 25 different paid expansion packs and a lot of free updates, such as the first person view mode from November last year.

What expansion sets will appear in The Sims 4 in the next part of the year? This has not yet been officially announced. Fans do have some theories, though. For example, last September, Grant Rodiek from Maxis revealed that the team was thinking hard about adding disabled people to the game, which would certainly add a little more realism to the fun and enjoyment of the disadvantaged who could create their virtual avatar.

Apart from announcing The Sims 4 development plans for the coming months, the representatives of Electronic Arts also boasted how the title is doing on the market. According to their data, fiscal year 2019 was the best for Maxis' studio production since its launch. The number of players increased by as much as 35%. So the Redwood giant has no reason to complain.

Finally, we can ask ourselves one question - if The Sims 4 is doing so well on the market, will Maxis hurry to release the next part of the series? Looking at the history of the franchise, new parts were released more or less every five years. So far, there's nothing to suggest that, but who knows? EA Play event is taking place next month and we don't know what surprises Electronic Arts is preparing for us.

New Need for Speed and Plants vs. Zombies Coming This Fall