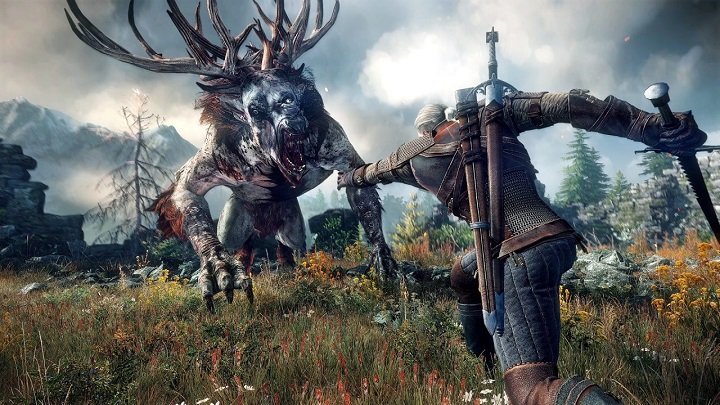 Wild Hunt is experiencing a renaissance in popularity.

The premiere of The Witcherseries on Netflix resulted in a big increase in the popularity of the RPG series from CD Projekt RED on Steam. Yesterday we predicted that The Witcher 3: Wild Hunt could reach a new activity record and that's exactly what happened.

According to Steam Charts, at the hottest moment of last Sunday 94.6 thousand people were playing The Witcher 3: Wild Hunt on Steam. This is a new record for this production. The previous one, with 92.2 thousand players, was reached in May 2015, just after the launch.

Not only people who bought the title earlier have returned to the game. The production has also found many new buyers. Last week The Witcher 3: Wild Hunt - Game of the Year Edition, a set that also includes the Hearts of Stone and Blood and Wine expansions, was the second best-selling item on Steam. In this list, the hit from CD Projekt RED was bested only by Red Dead Redemption 2. Of course, WildHunt was helped by a big discount, introduced on the occasion of the winter sale, but it is still a big achievement for a four-year title.

Not only The Witcher 3 records a positive trend. Yesterday new activity record, amounting to 12.3 thousand people playing at the same time, was also achieved by The Witcher: Exhanced Edition. In the case of The Witcher 2 it was "only" 6.6 thousand players, but it is still the best result that the game has achieved since May 2015, when it recorded a big jump in popularity due to the release of the third installment.

Yesterday we also wrote that the creator of the universe, Andrzej Sapkowski, became the most popular writer on Amazon. Nothing has changed since then and the writer still occupies a leading place on the list. In addition, at the time of writing this news, The Last Wish: Introducing the Witcher, the first collection of short stories, is ranked first on the list of store's biggest bestsellers in the "Science fiction and fantasy" category.