Unfortunately, yesterday, we once again received sad news of another, third delay. Although the game was said to have already gone gold, the developers won't make it to November 19 (logistical issues and delays related to the pandemic may also be to blame here). CD Projekt RED's new game will be available three weeks later, on December 10. This is how gamers, journalists and the stock market reacted to the situation.

Cyberpunk 2077 in December after all - gamers are not happy

Let's start with the gamers who, to put it mildly, are not happy. According to some of them, the new delay means that we should start asking some serious questions about the game's actual condition.

"The whole gaming community on Reddit has a problem with that, but as consumers we have the right to ask questions about the product being marketed. Thinking about what CDPR hides in terms of the current state of the game does not make us "moody" or "trolls", especially since this (information hidden by the developers - editor's note) affects the dates that were directly presented to us," TrueRadicalDreamer writes.

"The hype was strong already but now, hype is turning into questioning Will this game be worth it? And thats honestly the worst thing for any product," notes epid3mik. 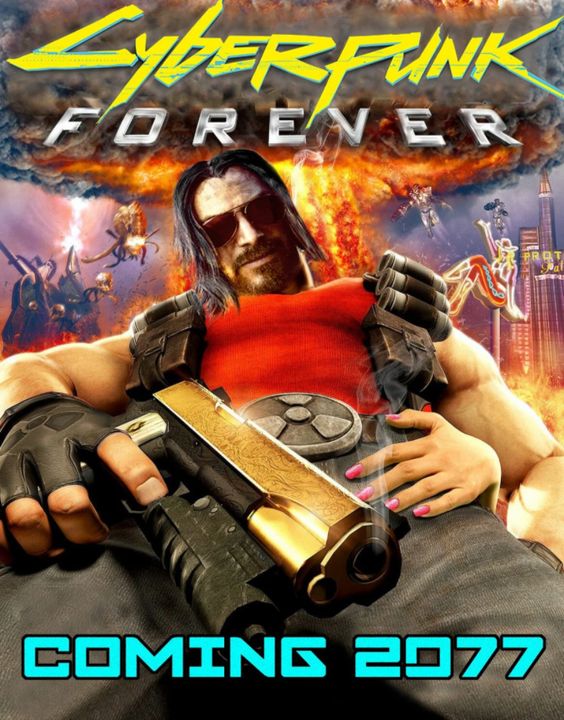 Others have had enough of constant disappointments and give up following information about the game. There are also accusations against the team responsible for communication with fans. This is related to the fact that CD Projekt RED repeatedly assured that the November release date is not in danger. The last time this took place... just two days ago.

"That's it, I can't follow this game anymore. Every single time this game's gotten close to release, it's been delayed. And it's not even for a good reason this time! At least with the previous delays, I went "oh, yeah, that sucks, but I understand," but no. If shipping the game on 9 different platforms at the same time is such a challenge that you need to delay the game again, then maybe you should... oh, I don't know... not ship on 9 different platforms at the same time? Seriously, does anyone else think that they should just focus on releasing the game when they promised they would and get the ports going after the fact?," asks Tengu5.

All those tweets and statements, no more delays, game has gone gold...and so on, just to delay the game AGAIN two f***ing weaks before release. Why would you even release such statements?, writes irritated Miro_of_Vienna. 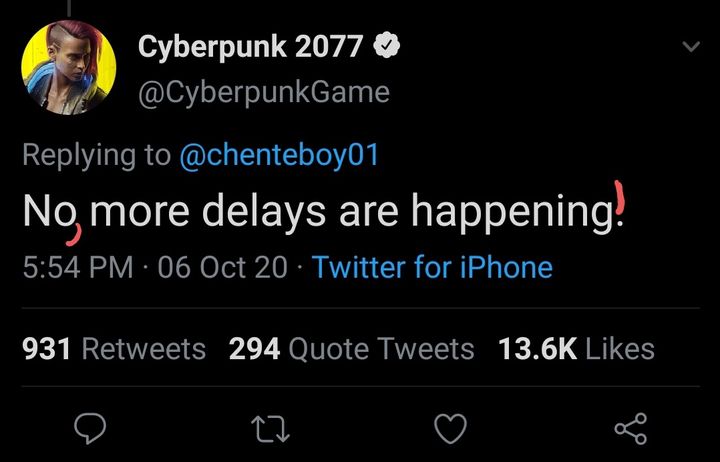 It seems that in some cases the criticism goes way too far - the developers are reportedly even receiving death threats.

Among the players there are also people who react to the situation with forbearance, but there are even fewer such statements than last time.

The situation is also commented on by industry journalists. The discussion about the so-called crunch, i.e. forced overtime, also returns. Jason Schreier from Bloomberg revealed that developers work up to 100 hours a week.

It also seems that the developers working on the game found out about the decision at exactly the same time as the rest of the world.

The stock market reacts with drops

Similarly to the last time, the delay had a negative impact on the share price of CD Project's stock on the Warsaw Stock Exchange. At the time of writing this text , the company's stock price fell by 5.63% and are currently retaining more or less that level, but for the time being it is difficult to say which trend will prevail. 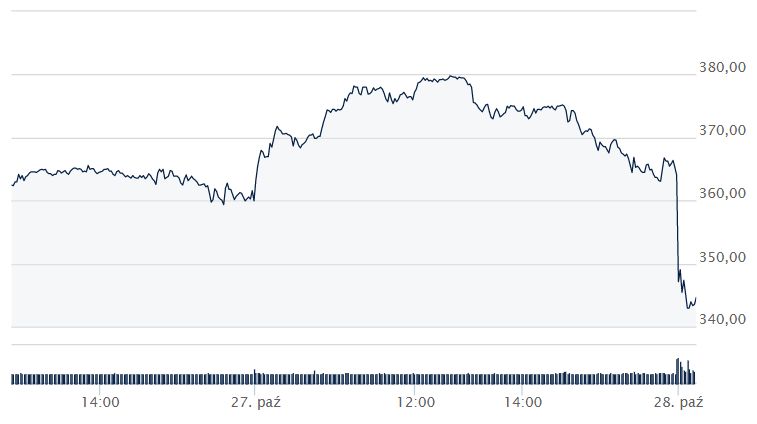