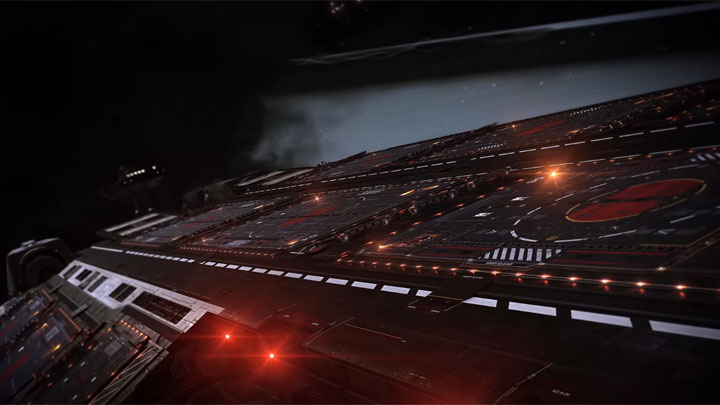 Fleet Carrier-class vessels were already expected to arrive in December last year with the squadrons, but were eventually cut out of the update.
ELITE: DANGEROUS IN A NUTSHELL:

It's been more than four years since the launch of Elite: Dangerous, but Frontier Developments is still supporting the project. The creators have just revealed what fans of the game can expect by the end of this year.

The most important innovation will be the introduction in December of a new type of ship called Fleet Carrier. They are to serve as respawn points and a mobile base for player squadrons, where, among other things, they will refuel and change their weapons.

Fleet Carriers promises to be the biggest attraction of the next six months, but they are not the only novelty the devs have in mind. In September, the game will be enriched with a new starter module called In Ship, which will make it easier for newcomers to learn about the controls and rules governing the game.

In September, changes in microtransactions are also being prepared. They will be systematized as the Arx points system on all hardware platforms. We will buy them for real money or we will get them while playing. They will be used only to purchase cosmetic items, which do not affect the gameplay in any way.

Elite: Dangerous debuted on PC in December 2014. A year later, the Xbox One version was released, and in 2017, the PlayStation 4 edition was released.

The game met with a warm welcome. The PC version has an average rating of 80% on Metacritic.