Life in the Wild West was not the safest. Illnesses, wild animals or a stray bullet fired by a troublemaker ended many lives. The latter is the main cause of death in Red Dead Online, i.e. the Red Dead Redemption II online module. While this is, to some extent, in line with reality, gangs of players who only hunt for others can make the game unpleasant and discourage the victims from playing on. This was noticed by Rockstar studio, which - following the voice of the community - in a large beta update planned for February 26th to Red Dead Online ,intends to introduce certain changes to limit "certain types of destructive behaviour." 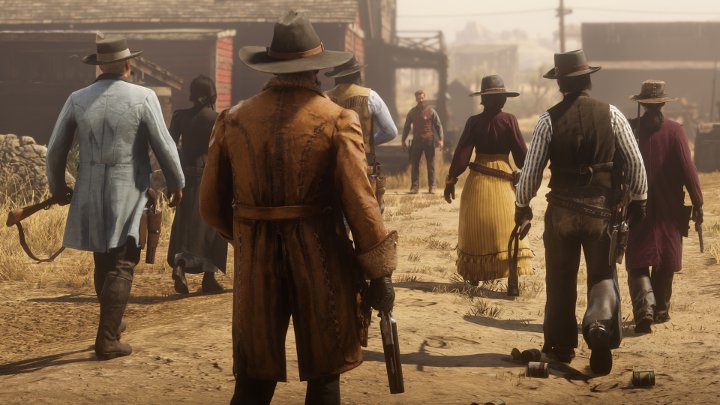 First of all, the upcoming update to Red Dead Online reduces the visibility of other players. They will appear on the minimap only when they approach us at a distance of 150 meters or fire their weapon. Secondly, a system for highlighting aggressive cowboys and their gangs will be introduced. As more and more crimes are committed by them, such as "attacking and killing other players or their horses outside organized modes, events or competitions, or free game missions," their indicator will gradually change from blue to dark red. This will help you to quickly spot people you might want to avoid if you don't look for a fight. In addition, a fine will be imposed on the most bloodthirsty players. After reaching a certain level, they will be chased by AI-controlled bounty hunters, who won't be easy to get rid of. Of course, everyone will have the option to redeem their guilt and return to the path of righteousness. Finally, a new update will add the truice option to Red Dead Online, which will allow for a rapid settlement of the dispute. If we are interested in a direct confrontation with the murderer, we will be able to challenge them in a time-limited "minideathmatch" in a free game. 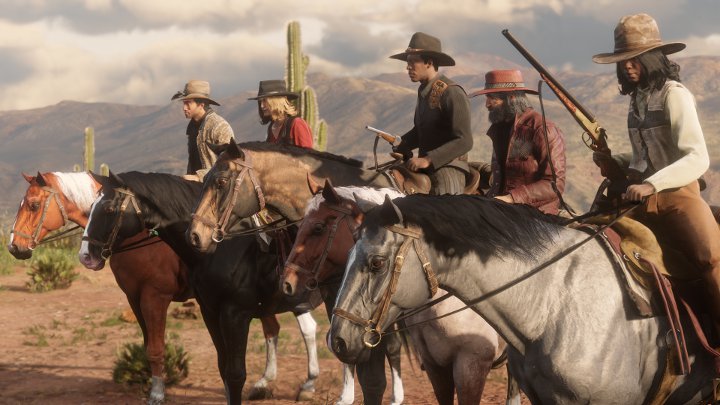 The Magnificent Five sets off on an adventure.

In addition, the February update will introduce the so-called challenges of the day in Red Dead Online. These may include, for example, selling items at the fence, hunting animals, collecting herbs or clearing hideaways. Players will be rewarded with gold and experience points for accomplishing the tasks.

The patch will also streamline several aspects suggested by the community. These include the balance of some weapons, the display of objects on the horseback or voice calls. Full list of changes will be published on the day of patch's debut. If you have any additional suggestions for the development of Red Dead Online, you can submit them here.

Beta Red Dead Online made its debut at the end of November last year. It has an incomplete fictional campaign and a number of other online modes, including the battle royale Gun Rush. The premiere of the full version of the module is so far unknown.