As announced, the presentation of Marvel's Avengers was streamed yesterday. It consisted of several trailers and extensive gameplay fragments. The recording is provided above. It also showed the types of missions available in the game and a wide range of alternative costumes for superheroes, many of which are based on classic comic book stories. Each hero is given dozens of different outfits.

Modification of characters will not be limited to their appearance. With the help of equipment, artifacts and progression system we will be able to match the superhero to our individual style of play. In this way, for example, our Hulk will be able to be very different from the one controlled by our friend. In addition, each hero is to have three unique special abilities, which we will be able to change with modifiers.

People waiting for the game will be less pleased to know that there will be microtransactions in Marvel's Avengers, although for now it is not known what character they will take.

During the gameplay show it was also revealed that the main antagonist will be MODOK, i.e. a villain who gained superhuman intelligence through mutation experiments. The price for this was a deformed body, with a huge head.

The so-called War Zones were also an interesting element of the presentation. They are missions designed for a three-person co-op mode, but we will also be able to play them solo with our comrades controlled by artificial intelligence. Such challenges will be divided into three categories. Vaults will have a structure reminiscent of dungeons from RPGs and will offer rich rewards in exchange for their completion. In the Villain Sectors we'll be in zones full of classic super villains, and Iconic missions will enable us to play the famous adventures of the Avengers, which took place before the game's plot began.

Square Enix has announced the War Table event, during which we will be able to watch a gameplay stream from Marvel's Avengers, an action game set in a comic book universe, developed by Crystal Dynamics.

The stream will start today at 9:30 AM PT. During the Stream we are to see extensive gameplay footage from the game. We will also learn a lot about game mechanics and the cooperation mode. 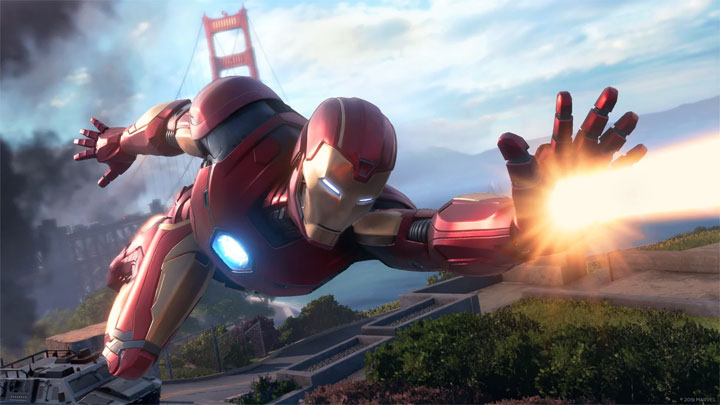 The game will be released in September.

Marvel's Avengers is coming to PC, PlayStation 4 and Xbox One. The launch is scheduled for September 4, this year.

PlayStation 5 and Xbox Series X ports are planned. However, we will wait until next year for these editions. Interestingly, those who purchase the PS4 or XONE version will be able to get improved next-gen editions for free.

In case of PlayStation 5 release, players will be able to choose between two modes. One of them will focus on improving the graphics and the other one on sperformance, offering 60 FPS and dynamic 4K resolution.