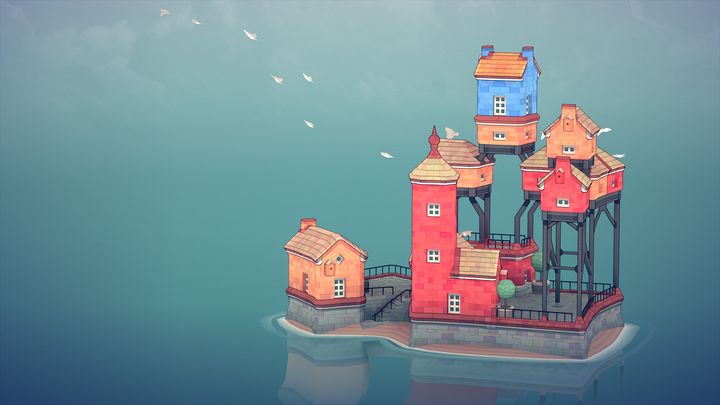 Townscaper, a charming game developed by Oskar Stalberg (one of the artists responsible for the successful indie strategy game Bad North) debuted in Steam's Early Access program today. The title enables us to instantly build our own city and the surrounding area. The game was very warmly received by the users (99% of 612 reviews on Steam is positive).

It is worth noting that Townscaper is not a full-fledged city builder - the gameplay here is very simplified and is based mainly on the imagination and creativity of the players. The developer of the project calls it a "toy" and hopes that early access will enable him to find the direction for further development of the work. The developer wants to look at how users use his title.

If you are interested in Townscapeer, you can buy the game for $5.99.