It is good to have a steady supply of money, especially when we are one of the people trapped in the city of Tarkov, cut off from the world by the UN and Russian Federation troops. However, obtaining currency in such circumstances is not easy. Therefore, a lot of Escape from Tarkov players are looking for other, sometimes not very fair ways to earn their precious roubles. In response to increased demand, tons of deals offering in-game currency for real-life money have popped up on eBay and several other auction services. Prices range from around $2 to almost $160, depending on the amount of virtual money offered and seller's country. 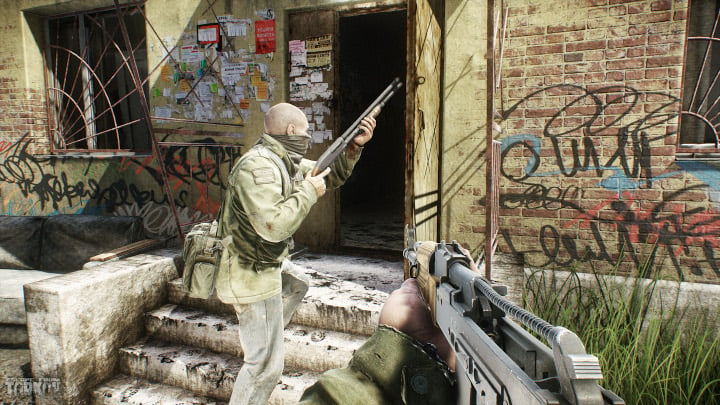 Since there are no microtransactions in Escape from Tarkov, users have made them themselves.

How does it work? The person who decides to buy, pays the required amount and contacts the seller via Discord, Skype or directly inside the game. Then they both make an appointment for a raid. It is during the raid that the suitcase or wallet with the money is handed over. You can see the whole process on this gif.

Of course, this situation is very controversial for "normal" Escape from Tarkov players. It's not just about the fear that some people will gain too much advantage with huge amounts of real money, which can destroy the delicate gameplay balance in an online MMO shooter, and thus the pleasure of playing it. They also notice (via Reddit) that this kind of behavior encourages people to hack the game and look for various bugs, which may enable them to duplicate items and sell them later on at auction sites. Therefore, there are appeals to the community not to buy roubles to use in Escape from Tarkov on eBay and similar websites.

Of course, Escape from Tarkov is not the only game struggling with this type of practice. On eBay you can find offers selling in-game money for Diablo III and Path of Exile, for example.

Escape from Tarkov from Battlestate Games launched in closed beta in July 2017. At the beginning of the year the popularity of the title increased significantly, which unfortunately resulted in an increased number of not very fair practices. It is not only about buying virtual roubles at auctions, but also, for example, using cheats that make it possible to become invisible and loot locations without any problems. We have written more on this subject here.