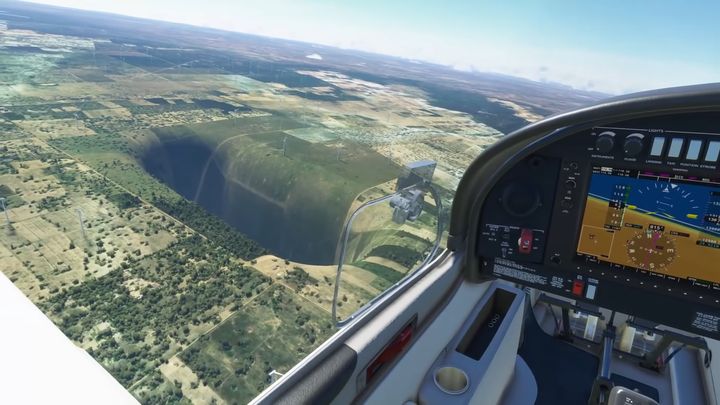 You won't see such things on a real plane.

One of the users of Microsoft Flight Simulator, known as ReversedWindows, discovered a very unusual thing that has recently appeared in the game. Located in Brazil, the structure resembles a huge hole leading to the center of the Earth. The Internet user presented his discovery in a thread on Reddit.

What a nice vie- from r/MicrosoftFlightSim

To get to this point, we need to go northwest of the Currais Novos airport, to the point indicated by coordinates 6°02'19.9"S 36°27'17.1"W. The editors of Gamestar suggest that when going on this trip it is best to choose a small, maneuverable machine such as Diamond DA40NG.

There is no certainty as to what caused the strange anomaly, but everything seems to indicate that it is the result of an error in terrain elevation calculation - for some reason it is significantly underestimated here in relation to what is on the maps of the area. The result is an unusual chasm, which you can see in the video. Who knows, maybe this is a once-in-a-lifetime chance to travel to the center of the Earth?

The Witcher Season 3 Pretty Much Confirmed