Modus Games and Frozenbyte shared the release date of Trine 4: The Nightmare Prince, the fourth installment of the popular fairy tale series of platform / logic games. The production, slated for release on PC, PlayStation 4, Xbox One and Nintendo Switch, will debut on October 8, 2019; the game will cost USD 29.99.

What is more, on the same day Trine: Ultimate Collection, which is a compilation of all four parts of the franchise, will be available for sale. In addition to the latest installment, the compilation will include: Trine: Enchanted Edition, Trine 2: Complete Story and Trine 3: The Artifacts of Power. The set will launch on the same platforms as the fourth installment, and

Thosewho place a pre-order for any of these items will receive a poster and DLC for Trine 4: The Nigthmare Prince called Toby's Dream. The main hero of the expansion will be a dog named Toby, known from Nine Parchments, who, accompanied by three heroes, will look for treasures hidden in Heatherwood Hall Castle and its gardens. 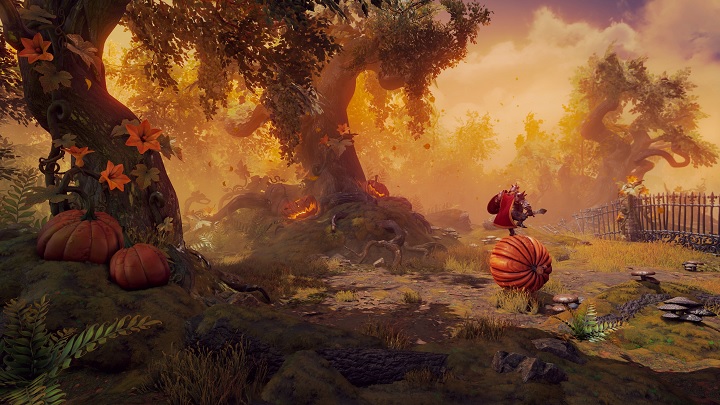 Players loved the Trine series for its fairytale-like graphic design.

The Trine series was conceived in 2009. Its first installment was very warmly received by the players and reviewers, and two years later it was followed by a continuation, which was also an artistic and commercial success. The year 2015 brought the premiere of the third installment of the cycle, in which Frozenbyte's crew began experimenting with the third dimension, which unfortunately did not work out well for them. It seems, however, that after almost four years since its launch, the devs, richer with a lot of new experiences, are on the best way to restore the lost shine to the franchise. If you've got any doubts about that watch the extensive gameplay from this year's E3.