Kalypso Media has announced that Tropico 6 will be delayed on PC. The reason for this state of affairs is the willingness to fine-tune the project  the decision was made primarily based on information obtained during the closed tests. Virtual dictators will not have to wait too long, though  the production will debut on March 29th (earlier it was planned that its premiere would take place in January).

It is worth noting that, as compensation, developers and the publisher have prepared a gift for all those who will, or have placed a preorder before January 10 at 10 a.m. PST (at the time of writing this news, the standard version of the game costs 44.99 on Steam; the pre-order gives the opportunity to take part in beta-tests). They will receive the first large DLC for this production for free; the release is planned for the second quarter of 2019.

Tropico 6 is headed not only to personal computers, but also PlayStation 4 and Xbox One, where it will make its debut in summer 2019 (if everything goes as planned). 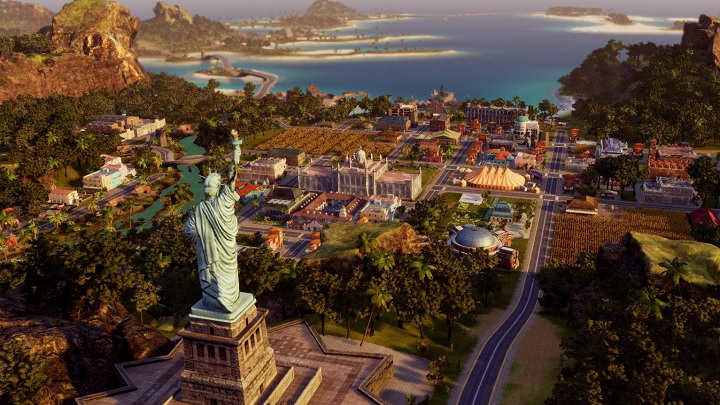 The Statue of Liberty in a country ruled by a dictator? A golden key opens any door

That the Tropico series will have its sixth installment was first announced at the beginning of June 2017; less than two weeks later, the Tropico 6 was officially announced. Initially, the production was to make its debut on personal computers in 2018, but in August it had the first slip (the release was then postponed to January).

Mind you that Haemimont Games does not work on the series anymore (the studio parted with the franchise after the fifth installment)  the development is now carried out by Limbic Entertainment, whose back catalog features such productions as Might & Magic X: Legacy or Might & Magic: Heroes VII. The new developers decided to switch to a new graphics engine (the is now powered by the Unreal Engine 4 technology) and to introduce a few novelties in the gameplay mechanics, the biggest of which is the ability to manage the entire archipelago and not just one island.

GeForce RTX 2060 reviews. Is it worth buying a new Nvidia GPU?