Do you like indie 2D games in the vein of the iconic Metroid series and are interested in Canadian cinematography? If so, Outerminds has something for you. The creators of such productions as PewDiePie's Tuber Simulator or PewDiePie: Legend of the Brofist, announced a game called Turbo Kid. You can watch its trailer below.

The game will be a digital adaptation of the 2015 film of the same name, directed by François Simard, Anouk Whissell and Yoann-Karl Whissell. As was the case with the original, its action will take place in an alternate version of the year 1997, in which the world has become a post-apocalyptic wasteland. We'll be traversing it as a young boy, known simply as The Kid, whose goal is to rescue his friend who has been abducted by an evil, self-proclaimed leader named Zeus. 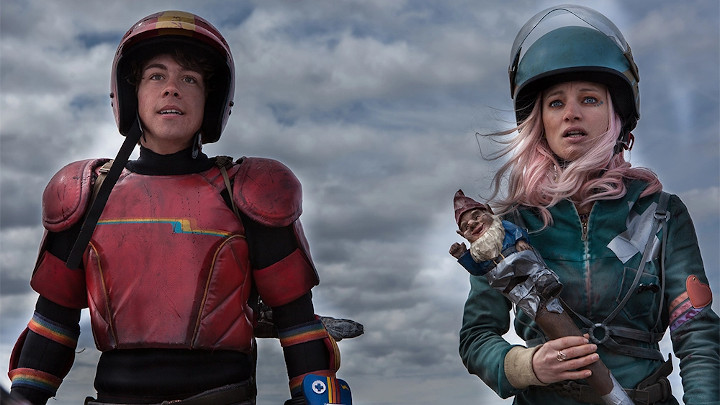 The cinematic Turbo Kid has its fans.

The creators promise that their game will follow the cinematic original. This is to be guaranteed by the fact that they cooperate with the people responsible for the movie. The newly announced title can be expected to offer extensive and diverse levels, incredibly exaggerated and bloody action, crazy BMX stunts and a gripping story. Sound appealing? If so, and you're already looking forward to the release, then unfortunately you have to arm yourself with patience. The game will debut in 2022. As for now, it's not known on which platforms you'll be able to play it.

Microsoft Invites to Minecraft to Interactive Seminars on History of Feminism

BioShock 4 in Space? Voice of TLoU2's Dina is All for It