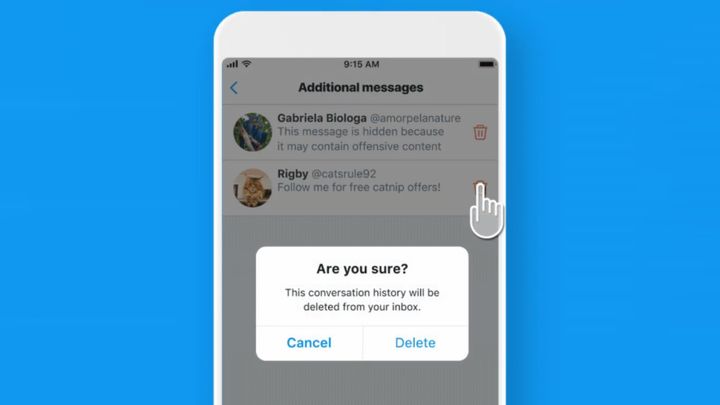 Twitter is testing a new way to tackle offensive messages.

People on the Internet love to insult each other. However, they do it not only in the comments, but often also in direct messages. Twitter has decided to get rid of such practices and has just started testing a special tool for filtering suspicious content.

In practice it will look like this - when the algorithm detects that there are potentially suspicious words in a given direct message, it will immediately move it to a special folder called "additional messages". It is only up to the recipient to decide whether to display it or to delete it.

The first few lines of the message will be replaced by text: "This message is hidden because it may contain offensive content." In addition, messages from users we do not follow will also be filtered. They will be stored in the "Message request" folder.

Twitter has been having a problem with hate speech for a long time. Users already have several tools at their disposal to deal with offensive content. These include the possibility of hiding responses and making it easier to report offensive entries.