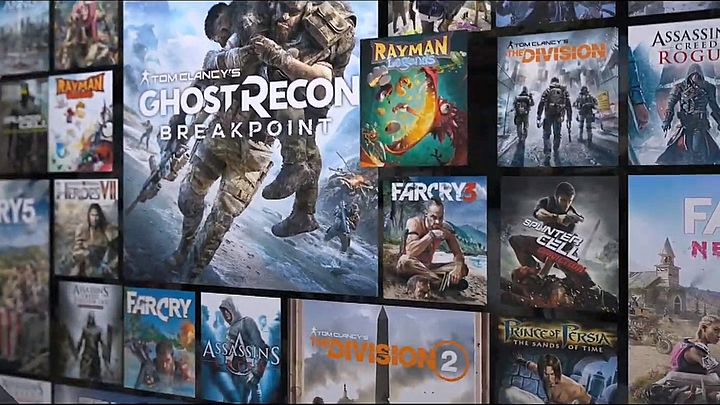 2019 according to Ubisoft, or attack of the clones.

VideoGamesChronicle informs that Ubisoft planning a restructurization of the team responsible for the content of the studio's games, which has influenced their artistic direction for years. The decision is dictated by company's last year financial resukts. Let us remind, that the publisher, fearing further commercial disasters, decided to delay the release of new titles (including Watch Dogs: Legion and Gods & Monsters, which are expected to appear in the second half of 2020).

Interestingly, over the last two decades, the artistic direction of new games from Ubisoft has been supervised by a single team - a Parisian group of about 100 designers and producers, who have advised and helped in almost everything from designing games to writing scripts. In other words, all the common elements of the previous Ubisoft titles are their work. The team contributed greatly to the fact that most of the new games offered an open-world, multiplayer mode, and their narrative was based on real world (although without taking a political stance). Although it sounds interesting, the multitude of similar titles made the players simply lose interest in them.

Therefore, Ubisoft decided to expand the team to make the new games more diverse. In a statement for VGC we can read:

We are reinforcing our editorial team to be more agile and better accompany our development teams around the world as they create the best gaming experiences for players.

In practice, it's supposed to look like this: Ubisoft's creative director, Serge Hascoet, will remain in his current position. However, the number of deputy directors will increase (there will be a total of seven - each directing their "own" IP), who will be given more autonomy, which will give Hascoet the opportunity to see new projects, but without directly supervising them. By splitting work into several leaders, Ubisoft hopes that each game will have its own identity. Moreover, the content control team will also operate outside Paris, in different company branches, which is also expected to have a positive impact.

VGC reports that at least one game from Ubisoft Montreal has been canceled due to a change in approach. The whole matter became public, when one of the developers of the mysterious project publicly vented on Twitter. He wrote that the title, on which he spent last 3 years (together with a team of about 200 people) was cancelled almost overnight. According to unofficial reports, this title was a new live-service game, resembling Destiny. Well, then... maybe it's a good thing for the players.

The change of approach in the company was discussed already in November 2019. During a Kotaku Splitscreen podcast, Jason Schreier revealed that Ubisoft expects its employees to give new games a unique character. What is more, each title is supposed to stand out from the competition with some unique aspect. The same was emphasised by Ubisoft's CEO, Yves Guillemot, on the occasion of the report about the unsatisfactory sales of The Division 2 and Breakpoint. Well, all we can do is trust the devs and keep our fingers crossed for them.