Battle Brothers is a well-received debut title from Overhype Studios, which combines elements of strategic turn-based game and RPG. Its devs have just announced that they are currently working on another DLC, called Blazing Deserts, which will, among other things, enrich the game world with new regions (deserts and wild jungles). Developers say it will be the biggest expansion for Battle Brothers they have ever made. The exact release date is not yet known, but the work on the DLC is expected to be completed in the second quarter of this year. 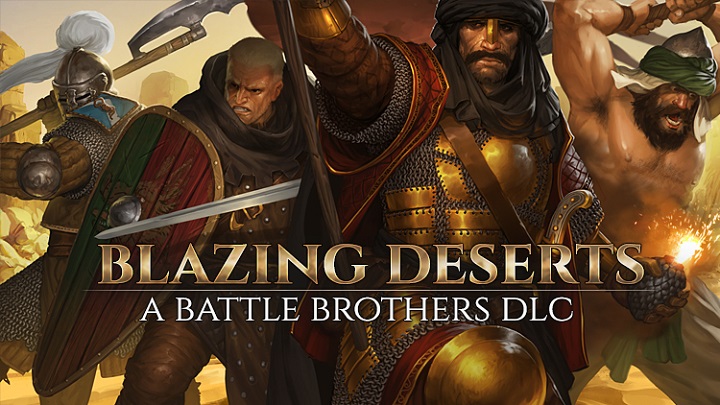 A new DLC to Battle Brothers is under development.

In addition to the aforementioned locations, a new late-game crisis, various opponents, factions, equipment or events will also be added to the game. The full list of elements planned for the new DLC to Blazing Deserts can be found on this page. More details will be made available as the work progresses. The devs also informed that in addition to the add-on, the title will receive a free update, which will bring a lot of improvements and changes in the balance of the game.

It's worth noting that this is already the third expansion for Battle Brothers, and the devs have been working hard since the game's release in 2017 to regularly add new content. This has contributed to a good reception of the title, as much as 88% of players evaluate it positively on Steam. The game attracts with its interesting combination of different genres and high level of difficulty. Battle Brothers is currently only available on PC.