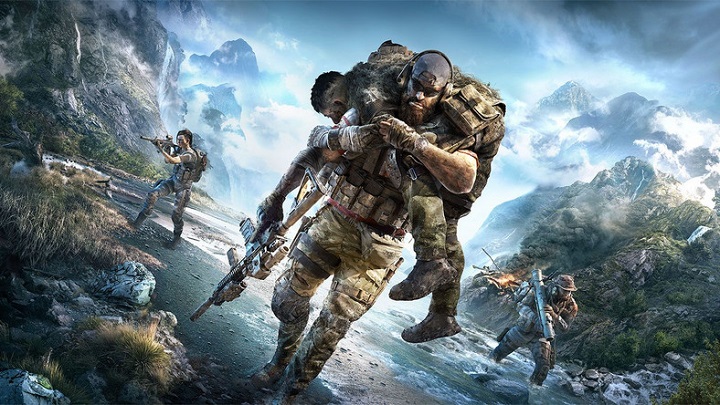 This is not the end of unpleasant information about shifts in upcoming AAA productions. A few hours ago we learned that the release of The Last of Us: Part II and Ghost of Tsushima will be delayed, and now media report that the upcoming big Ubisoft titles will also be delayed. Reason? "Commercial failure of Tom Clancy's The Division 2 and Tom Clancy's Ghost Recon: Breakpoint."

The source of this information is Chloé Woitier, journalist at the French daily Le Figaro newspaper who, , reported on what was presented at the closed press Ubisoft conference through her Twitter account. First of all, we learn from it that the company lowered its annual financial targets (from EUR 2.1 billion to EUR 1.4 billion) due to the disastrous sales results of Ghost Recon: Breakpoint.

It is precisely because of this that Ubisoft decided to delay the releases of the upcoming titles - Watch Dogs: Legion, Tom Clancy's Rainbow Six Quarantine and Gods & Monsters - to the next financial year, which will last from April 2020 to the end of March 2021. However, Skull & Bones will appear only after March 2021. Developers immediately specified that Watch Dogs and Gods & Monsters will be released in the second half of 2020.

What's more, it turned out that the poor sales of The Division 2 also was the reason for lowering the financial targets for this year and delaying the releases of the latest games.

In addition, in a statement by the co-founder and CEO of Ubisoft, Yves Guillemot, we can read that the French publisher admits that the company has not used the potential of the last two games. As reasons for Breakpoint's failure he mentioned, among other things, poor implementation of innovative elements and insufficient number of factors distinguishing the game's internal features. Developers apparently don't see the problem with microtransactions that don't appeal to the players.