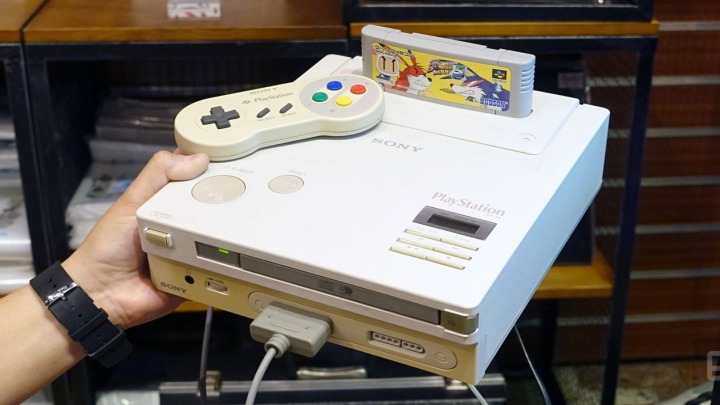 It is probably the only working console in the world - it reads both discs and cartridges.

For some people, Nintendo PlayStation can be a simple, angular piece of plastic. But for many collectors and players it is a real white whale. In the early 1990s, Nintendo established cooperation with a Japanese manufacturer, Sony, which was then unknown in the gaming industry. Their goal was to create a console equipped with a CD drive. The potential of this collaboration weakened when Nintendo started talking to the Dutch company Philips. Sony finally decided to cancel the project and release the product on its own. Ever wondered what the video game industry would have looked like today if it hadn't been for the decisions made at the time?

Although the fruit of the collaboration between the two giants never made it to the store shelves, it is estimated that about 200 prototypes were produced. It is not known how many of them have survived to this day. The auctioned product used to belong to Olaf Olafsson - founder, first president and CEO of Sony Computer Entertainment (currently Sony Interactive Entertainment). After leaving Sony, Olaf joined Advanta Corporation, whre he became the CEO. Some time later, the company declared bankruptcy (after Olafsson left) and the console was auctioned off along with other company assets. The bidding was won by Terry Diebold (a conservator working for Advanta Corporation). Now he has announced that after many years, the console is once again goes up for sale and the auction will enable him to estimate the approximate value of the console. We don't know if he'll sell it or how much for. The minimum price will not be disclosed until February 27. However, we would like to remind that Diebold has already once rejected the offer of a Norwegian collector, who offered him $1.2 million.

The current highest offer reaches 350 thousand dollars. The auction will end on March 6, so you still have time to think. We're all curious how much this piece of history will ultimately be worth.

Finally, a short film about the console prototype: