AFK Gaming reports that a Counter-Strike: Global Offensive player - a resident of the Czech city of Pilsen - decided to sell a rare knife skin, called Talon Knife | Fade. The virtual item was valued at the equivalent of 30,000 Czech crowns (approximately $1400). After finding a willing buyer they came to an agreement that the aforementioned amount will be divided into two parts - an advance of 4000 crowns (around $180) was to be paid before transferring the skin and the rest of the money after the transaction is complete. Unfortunately, the buyer turned out to be a fraud - after taking possession of the goods he disappeared without transferring the second part of the negotiated sum. 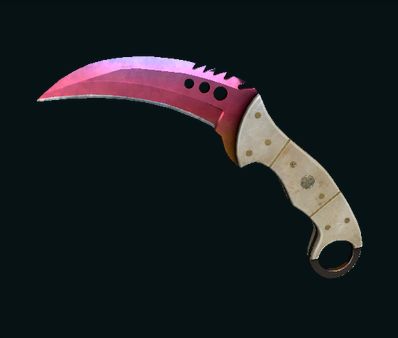 The victim informed the police about the incident. The Pilsen police officers have taken the situation seriously, although they have never encountered something similar before (the case, in which the theft of a virtual object is involved, is a precedent for the local services). If the thief is found, under Czech law he faces up to eight years in prison.

Before the virtual item was sent, according to the agreement, the buyer sent a deposit of 4,000 crowns (appx $186) to the seller's account. Upon receipt of the virtual knife, the buyer had to pay the remaining amount of the total price to the injured party's account, which the seller has not received to date. Police officers in the case have initiated criminal proceedings on suspicion of committing fraud, and they are further investigating the case," reads the official press release issued by the Pilsen police.

Counter-Strike: Global Offensive was released in August 2012. The game is available on PC, PlayStation 3 and Xbox 360.

Mass Effect: Legendary Edition Will be Less Sexist Than the Original