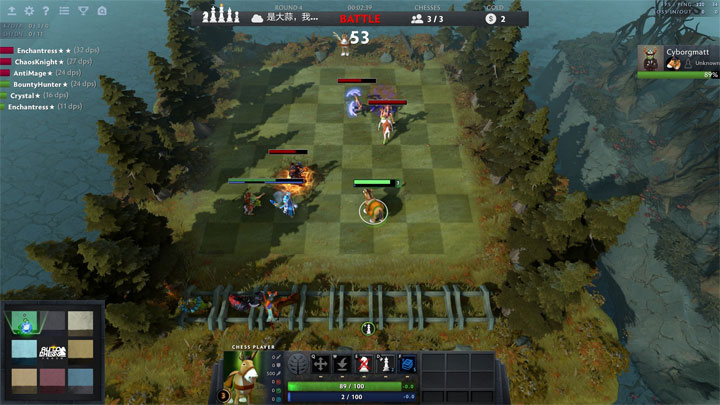 Chinese mod Dota Auto Chess for Dota 2 has been a big hit with fans of this popular MOBA game for several months now. Modification offers a game that resembles chess games, featuring characters from the original.

Some time ago it was said that Valve would gladly "adopt" the modification and its devs, but only now Gabe Newell's company showed specifics on this subject. The company invited Drodo Studio team to a meeting to discuss the commercial future of the project. Talks with the Chinese are said to have had a positive result, but ended with an agreement that full cooperation in the further development of Dota Auto Chess is not possible "for a variety of reasons". (no details have been provided).

Eventually Valve decided that they would create a PC port of the mod by themselves, still using the universe of Dota. And here ends the information currently available about the project - more details are to be revealed "soon".

At the same time, the company gave Drodo studio a symbolic blessing for further development of the mobile game Auto Chess, which the developer managed to announce in March. It also provided an easy transfer of accounts from Steam to Chinese production so that players could transfer their achievements from the mod to Steam.

Finally, it is worth mentioning that mobile Auto Chess is developing with the support of the publishing company Dragonest (which may be one of the reasons for the separation of Valve and Drodo Studio) and is currently available as part of an open beta on Android: