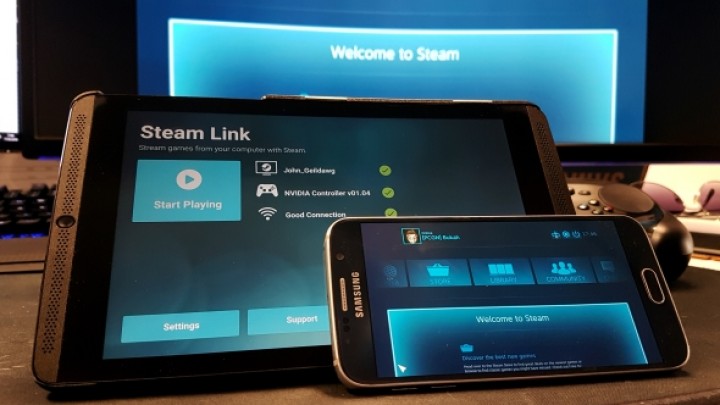 Steam can create a viable alternative to paid streaming platforms.

Even before the start of this year's Game Developers Conference, Valve has decided to announce two important innovations on Steam. The first is the launch of the early beta of Steam Link Anywhere, while the second is a nice little present for developers who can now use Steam Networking Sockets APIs, the infrastructure and network technology behind such titles as CS:GO or Dota 2.

Streaming on your own

Steam Link Anywhere is an expansion to the Steam Link technology, which is designed to enable players to connect to their computer and play games from anywhere (until now it was only possible via the local network). The new option will be available for owners of Steam Link devices, as well as users of applications on Android and Raspberry Pi platforms. There is only one but - in order to test the new service, it is necessary to use the beta version of the software. This applies both to client applications and the Steam client itself, where you have to join the beta-tests program.

In practice, it should look like this: on the main Steam Link screen, where a list of locally available devices is displayed, there will also be the option to choose "other computer", after selecting which you will need to follow the instructions; after a few moments the connection should be up and running. Valve does not explain exactly what the new service will require in terms of Internet connectivity, but states that the user's computer will need "high upload speeds" and the Steam Link device will require a "robust connection".

Steam Link Anywhere has to deal with the same problems as other streaming service providers, because streaming good quality video and audio in real time requires a fast and stable connection. However, if Valve manages to optimize its service and it does not require connections unavailable to the vast majority of users around the world, we can expect a quite interesting and generally cost-free solution.

The second of the novelties presented by Valve is not so spectacular for the common users and is addressed primarily to game developers. Given that competition, namely the Epic Games Store, is growing in strength, Steam Networking Sockets APIs can be seen as an incentive for developers who will now be able to use Valve's network of servers for free to handle the online aspects of their productions. This solution is to be fast and secure, and, by releasing a large part of the code, may enable developers to create multiplayer modes and other network services much easier. Valve is going to tell more about the various novelties introduced on the platform during the panel discussion at Game Developers Conference on March 21.