Players have been playing Warhammer 40,000: Darktide for several days now as part of the pre-order beta. Tens of thousands of fans of fighting hordes of opponents gather every day to battle various enemies. In this article, we will talk a bit about Scabs and Dregs, and in particular how to recognise them on the battlefield.

If you are curious about other Darktide topics, please see our guide - Warhammer 40K: Darktide Guide.

Scabs and Dregs are special variations of enemies. Each type has several kinds of specialists to deal with. Keep this in mind when fighting.

It's easy to familiarise yourself with these enemies by entering the Psykhanium. There, in The Meat Grinder mode (you'll unlock it once you've reached Trust level 2), you'll be able to see various enemies. If you approach a special soldier and press the middle mouse button (default), its name will appear. It is worth noting that in Psykhanium you will not have all opponents unlocked at once. As you gain Trust levels, new foes will appear.

Recognising these enemies is important, as you often have to kill a specific number of opponents of a certain type as part of various tasks and achievements. As far as we know, there is no rule about which map you can meet them on. However, it is worth considering skirmishing on higher difficulty levels - there are more enemies then, so a particular type of foe is easier to hunt down. 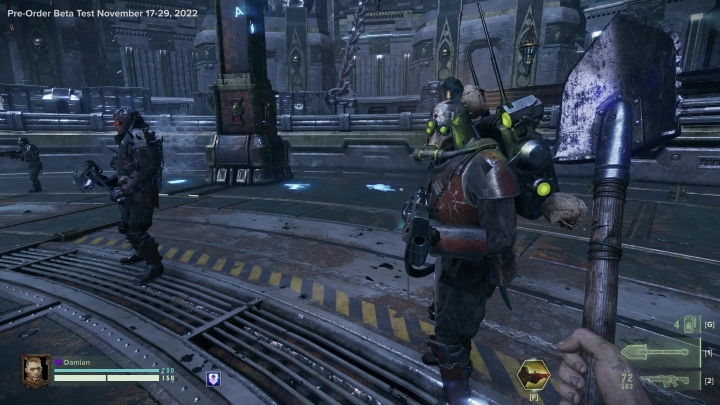 If you want to spot Scabs on the battlefield, you're looking for heavily armoured opponents. They can take many different shapes - Scab Mauler, Gunner, Shotgunner and a few more. However, you will always recognise them by their full armour. If you see an enemy that looks like a knight, it will most likely be a Scab.

If you are interested in other Darktide opponents, read this as well: 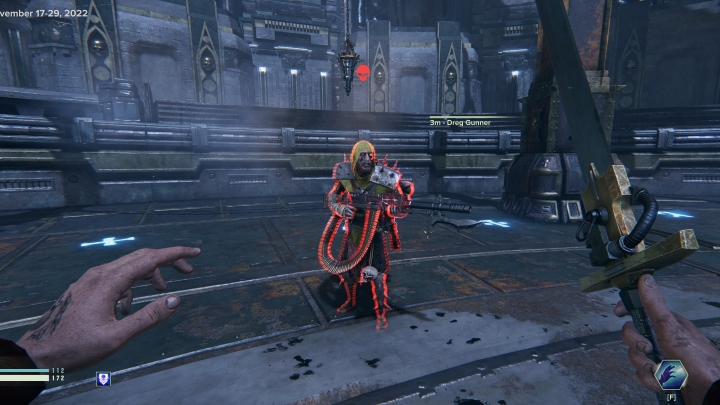 Dregs are also a special type of opponent. There are many kinds of them. For example, we can distinguish between Dreg Sniper, Shotgunner, Bomber, etc. While Scabs can be compared to knights, Dregs are the equivalent of priests. On the battlefield you will recognise them by their lighter armour. They usually wear some sort of yellow robe or at least some item of clothing in that colour. It is not uncommon that their costumes will be a combination of elements of armour and robes.