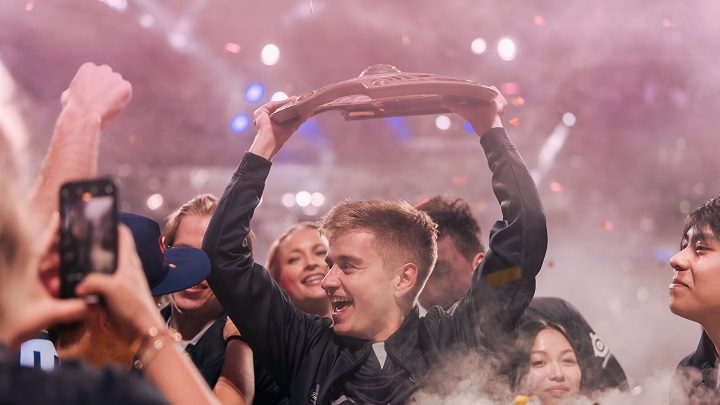 Captain of the OG team, "N0tail", with the winning trophy.

The biggest tournament of Dota 2 - The International 2019 - has just ended. For the second time in a row, team OG reached for the trophy, winning more than $15 million from the record prize pool. In the grand finale, OG defeated Team Liquid (3-1). It is also worth mentioning that all the players of the winning line-up, repeating their performance from the previous year, have become the five richest players in e-sport (looking only at the earnings from tournaments and competitions).

The emotions accompanied the spectators throughout the finals, as both teams had already won in previous editions of the tournament (Team Liquid in 2017 and OG in 2018) and promised a good fight. However, it was OG who, using a surprising strategy in which a support character was chosen to deal large amounts of damage, rather than helping allies, easily made it to the final, where they confidently defeated their enemies. Thus OG, as the first team in history, won the trophy of The International twice.

Referring to our Saturday's ranking of the richest e-sport players, it was the captain of the OG team, Johan "N0tail" Sundstein, who became the player with the highest earnings from tournaments. In his career he has already won about 6.8 million dollars. The next The International tournament will take place next year in Stockholm (Sweden).