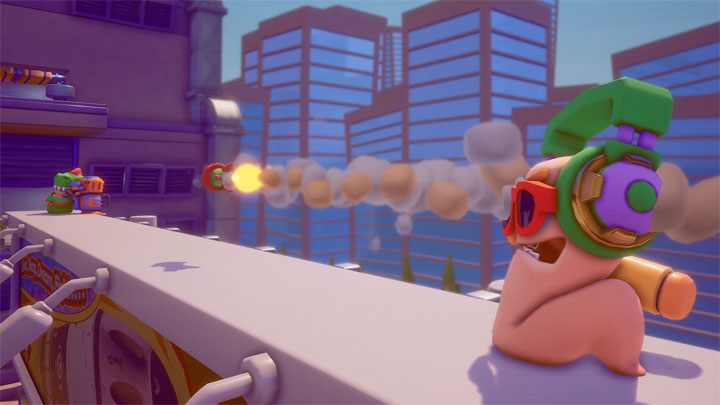 The game will be released later this year.

Team17 announced Worms Rumble, the next installment of its most popular brand. The game will be very different from the previous parts of the series. This time the worms will take part in battle royal battles. The game will also abandon the traditional turn-based gameplay and focus on real-time games.

The game is set to be released at the end of this year. Worms Rumble will offer a cross-play option, enabling owners of different hardware platforms to play together.

WORMS RUMBLE IN A NUTSHELL:

Fans of the franchise have to prepare for a big shock, as Worms Rumble will be very different from the traditional installments of the series. The fun will take place in real time, and each player will control only one worm. The characters are to move much faster than in the classic installments. They will also be able to perform flips, and bounce off walls.

The matches will be attended by 32 players. There will be two game modes - Deathmatch and Last Worm Standing. The latter variant is modelled on battle royal formula - the fun will continue until only one worm remains alive.

In the skirmishes we will use a host of iconic weapons, such as bazooka, rifles and holy hand grenades. The game will have a progression system, where experience points acquired during battles will be used to unlock new costumes, accessories and emotes. The devs also promise regular events and challenges to encourage constant fun.