World of Warcraft Classic has received an update, preparing the game for return of the Wrath of the Lich King expansion. Players can already earn achievements from the expansion and have been given access to the Realms where they will start a new adventure to face the Lich King again.

In the coming weeks leading up to the release of Wrath of the Lich King Classic the players can also expect events. From September 6 to 13, the servers of WoW Classic will be haunted by the undead, and immediately after that there will be an invasion by the Scourge, which the heroes of Azeroth will have to fend off (if only to earn valuable rewards).

Meanwhile, players will take part in a more carefree event. Brewfest will enable the heroes to eat, drink and party at the festival as part of time-limited activities.

Meanwhile, after the expansion's release (i.e., after September 26), the developers will gradually introduce other new features: the fifth season of PvP in arenas (from October 4-5, depending on the region) and Naxxramas, The Eye of Eternity and Obsidian Sanctum raids (October 6).

More details can be found on Blizzard's official website.

Unfortunately, the debut of the so-called prepatch was not without problems. Immediately after the debut of the update, the Internet was flooded with a wave of complaints about the new system for finding groups for raids (Looking For a Group, or LFG for short). Already during testing of the update, players had quite a few reservations to the solution developed by Blizzard and - to the annoyance of many - it looks like almost no fixes have been made in the meantime. 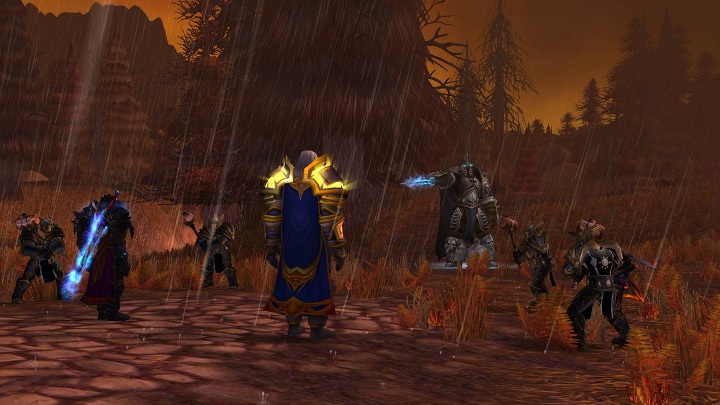 Players are not thrilled with the system for finding groups for raids.

One of the problems annoying the players is a strange bug with roles. In theory, LFG enables you to choose what role you want to play during a raid, which should make it easier to find a group that fits you. Except that currently the system changes the player's role to the default, which is tank, for no reason.

It goes without saying that in practice this makes the tool more than useless. Especially since, at the same time, changing roles also means a different raid interface, which is quite a handicap, for example, for healing characters.

But while such a bug is nothing that can't be fixed with a simple update, there is another "glitch" - the human factor. In short, LFG chat is being used mainly to send spam or waste other players' time, e.g., by creating groups, slowly accepting invitations and immediately kicking out freshly-accepted players.

The situation is not improved by other shortcomings. The lack of an option to automatically refresh groups is annoying, and on top of that players can only send a request for an invitation to one group at a time and can't even withdraw it. So if you mistakenly applied to the wrong group, whose leader is not even active... well, you're out of luck. In addition, LFG still doesn't distinguish between groups and individual players.

These and other flaws in the new system are all the more glaring, given that players have been using the fan solution for a long time. The LFG Bulletin Board is not perfect either (and "uglier"), but - according to players - it is still much more functional than the solution introduced by Blizzard.

World of Warcraft: Wrath of the Lich King Classic will debut on September 26.