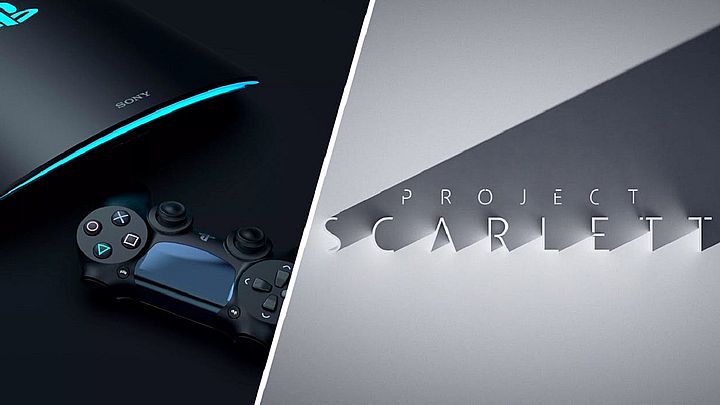 And who leads in your private ranking?

We are about a year before the launch of next-gen consoles. The struggle to win the attention of the players between Sony and Microsoft continues. Both the Americans and the Japanese have already officially announced new devices. Xbox Scarlett and PlayStation 5 are to be backwards compatible with previous generations of consoles. There are, of course, more similarities between the performance, components and SSDs, so at the moment it is difficult to determine which console will start the race for the customer from pole position. According to developers, PS5 has more powerful hardware than its competitor (which seems to be confirmed by the recent leaks), but Microsoft at every step emphasizes that it "will not give up easily" and plans to put up a fight against Sony, for example by releasing new first-party titles every three or four months. Nevertheless, we know a little more about PlayStation 5 than we do about the new Xbox.

Some players may not be able to keep up with the information and leaks that come from both camps. None other than Jason Schreier, a man who has the most accurate behind-the-scenes news in the industry, has added his two cents to the general confusion (seriously, if he writes that The Witcher 4 will be a racing game with Roach as the main character, we might just believe him). The man shared several "tid-bits" on Twitter, concerning the new generation of consoles:

What's more, according to Kotaku, Microsoft is still planning a cheaper version of Xbox, codenamed Lockhart, despite previous reports that the project was cancelled.

Phil Spencer also spoke on the newest console of Microsoft; , Xbox's boss expects the next year will be "incredible".

It is difficult to compare both consoles, especially since Microsoft is still not willing to share details about Scarlett. Recent reports suggest that the devkits of the new Xbox are rare and few studios have access to them. Does Microsoft really want to take Sony by surprize? However, all sources agree that the development of PS5 is significantly more advanced. But does that change anything in the context of the launch?