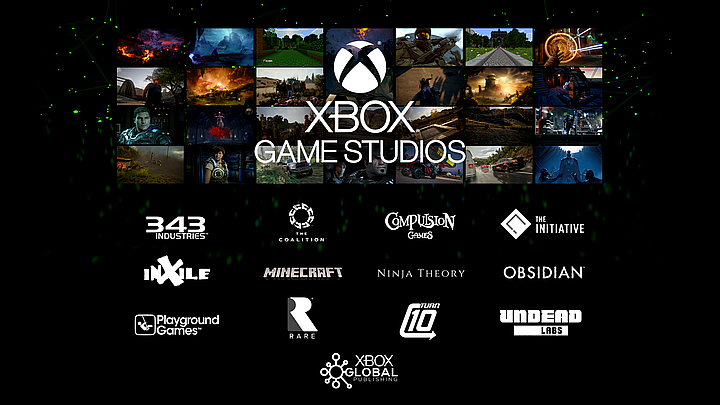 The list of developers under Xbox Game Studios can capture the imagination of many players.

Microsoft seems to be in the perfect starting position before the launch of new console. Xbox Scarlett has been announced and will be launched in the pre-Holiday period of 2020, Game Pass is one of the best services of the current generation in the opinion of many players, and the Redmond giant recently took under its wing several really good development studios (and even formed some). Observing the development of the company, GamesRadar decided to talk to Matt Booty, the head of Xbox Game Studios. From the interview we can learn first of all that Microsoft plans to release a new title of its own production every three or four months. Asked about consumer demand for AAA games, he answered:

"We've got a goal of being able to deliver a game, roughly, every three to four months. We have a little bit of work to do to get there. It'll be lumpy, but were closer than we were. And so we feel really good going into 2020."

Such declarations from the head of Xbox Game Studios sound like a good sign before the launch of Xbox Scarlett. Microsoft has already announced some time ago that it intends to put up serious competition against Sony in the field of single player games and it looks like the company intends to keep its word. Let us remind that such teams as Ninja Theory (DMC: Devil May Cry, Hellblade: Senua's Sacrifice), inXile Entertainment ( Wasteland 3, Torment: Tides of Numenera) or Obsidian Entertainment (The Outer Worlds, Fallout: New Vegas, Pillars of Eternity) will help to achieve this goal. And that's just the tip of the iceberg.

Of course, the announced flood of first-party titles does not mean that the company will release no games from external developers. Matt Booty admitted that although informing users about new productions from Microsoft developers gave the company more confidence, Xbox content will continue to be delivered from three main sources. These will include games from in-house studios, titles from third parties and [email protected] (a program that includes titles from independent publishers). This "division of power" is unlikely to change:

"I don't think there's been a shift no one, at least in Redmond, would say: 'Oh, we've shifted from third-party over to first-party.' Sarah Bond, who leads our third-party team, is out there day in and day out working with our third-party partners. If you were to sit in a meeting back at Redmond, I think you would hear an equal amount of talk about first-party, third-party, and [email protected] We take that altogether as our content stream."

Booty also notes that the acquisition of some studios by Microsoft has had a beneficial effect on the game themselves. The boss of XGS gave Wasteland 3 as an example, which confirmed the words of Brian Fargo, about which we recently wrote:

"While they [inXile Entertainment] had it in development before the acquisition, we were able to give them more resources, more support, and, really, more stability and time."

The discussion also focused on new games, which Microsoft is likely to announce before the end of this year. When asked why the company is constantly revealing new projects and supporting Xbox One (since Scarlett is soon to be released), Matt Booty answered:

I think we want people to feel comfortable investing in Xbox. And whether that means that this holiday you're going to go buy an Xbox One S or next fall youre going to go buy a Scarlett  you're going to feel comfortable either way. And that content library that you invest in is going to go forward [with you], so that you don't have to feel like you're making a choice between generations, right? [...] Our goal is that any game that runs on an Xbox One will run on Scarlett. You're not porting to a different operating system; you're not porting to a different graphics API; you're just running an Xbox game, right? So we hope that thats a big advantage in terms of our initial content library.

It seems that Microsoft is actually getting ready to compete with Sony. Both companies "flex their muscles" and from time to time tempt potential customers with new reports on the upcoming consoles. Of course, we will know the final result a few years after the launch of the next generation. However, it is difficult to resist the impression that Microsoft will be competing for this race from pole position. While the news about new hardware is comparable on both sides (SSD, backward compatibility), the last few months seem to be a bit more "green", to me at least.