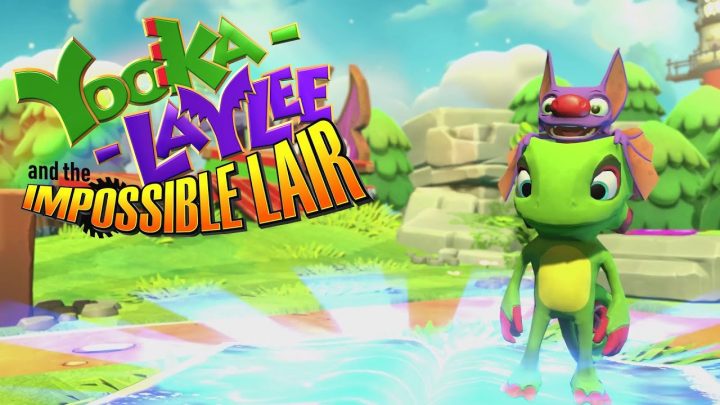 In the new installment of the game we will once again find ourselves in a colorful world full of dangers.

This year, another PlayTonic Games production entitled Yooka-Laylee and the Impossible Lair is going to be released. The new installment in the series is a 2.5D platformer in which the heroes - Yooka the chameleon and Laylee the bat - will face numerous obstacles, puzzles and discover many secrets. The title will be available for PC, PlayStation 4, Xbox One and Nintendo Switch.

The game is described by its developers as a "hybrid platforming game", because besides the 2D view it has many puzzles displayed in full 3D. The published trailer allows us to see what challenges Yooka and Laylee will face to help the queen. The publisher of the game is Team 17, and more information about it will probably be announced during the E3 expo.

Lets recall that the first adventures of the fearless duo - simply titled Yooka-Laylee that was released in 2017 and was a fully three-dimensional classic platform game.