The era of PS4 and Xbox One brought a lot of sensational games that we will remember for a long time. They were worth paying the launch day price as well as keeping them in one's collection forever. However, in addition to the indisputable hits, there were also flops - the games that not only did not meet players' expectations but also sometimes deviated strongly from certain standards. There were different reasons why some games of this generation failed. From the usual fudge and numerous technical errors, through games that didn't click with the market, the desire to make some quick money or long-term plans to "milk" players, to the studios' internal problems and the lack of a coherent vision of what a given game should eventually become.

Regardless of the scale of the failure, each one is also a valuable lesson for the future and it is worth drawing the right conclusions from it. Developers and publishers have an abundance of tips on what mistakes not to make in the future and how to make the next generation turn out to be even better, to bring more unique works. While waiting for the first next-gen hits, let us recall what has particularly disappointed us in recent years. I don't think we're gonna miss those titles. 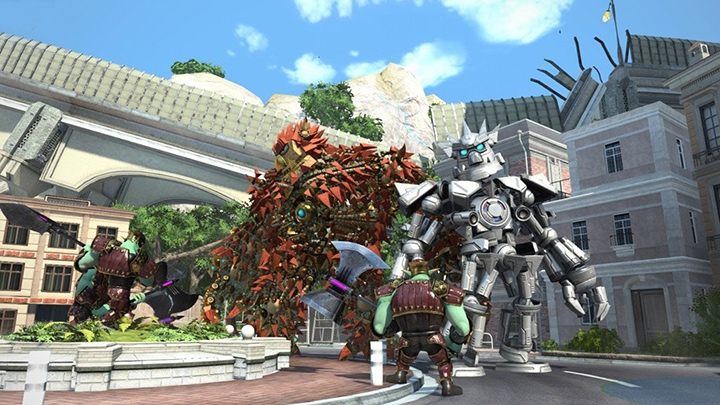 Knack was lucky (or rather unlucky) to cross the path of the PS4 generation as one of the launch titles of the new console back in 2013. Sony's internal studio has created another fun platformer in a cartoon setting, in which players controlled a golem fighting goblins and jumping wherever he could. The game also supported all sorts of social features like sharing gameplay clips, which was Sony's advertisement of PlayStation 4. The "Pixar-like" creature probably had plans to become the new Crash or Ratchet - you know, a corporate mascot of the next PS. However, the reality turned out to be sorrowful.

Where did Knack go wrong?

In the thicket of launch titles and the gear reviews that appeared right after the launch of the console, it was Knack that collected the worst reviews. The colorful 3D graphics were supposed to be the benchmark of the PS4's capabilities, but the visuals turned out to be only "decent". In fact, this was perhaps the brightest point of the whole game, because many reviewers focused their criticism on the poor gameplay, level designs, general boredom and ubiquitous repetitiveness.

We expected a launch game to be a real treat, a solid system seller, and we only received a game to kill our time until really some really good productions appeared. Sony was reportedly surprised by Knack's poor reception and explained that the game was mainly intended to show "casual" players that they will also find something for themselves on the PS4. Still, the sequel released four years later turned out to be also as mediocre as the original.