We are aware of the enormous amount of work that the developers of Battlefront II put into repairing their game, and it is now quite a good production rich with quality content with the main defects from the launch period removed. However, it is worth remembering what was the condition in which Star Wars: Battlefront II debuted and what practices the developers wanted to implement into their game. The publisher's focus on online shooters with the Star Wars logo also contributed to the lack of more games like Jedi: Fallen Order or Star Wars: Squadrons. 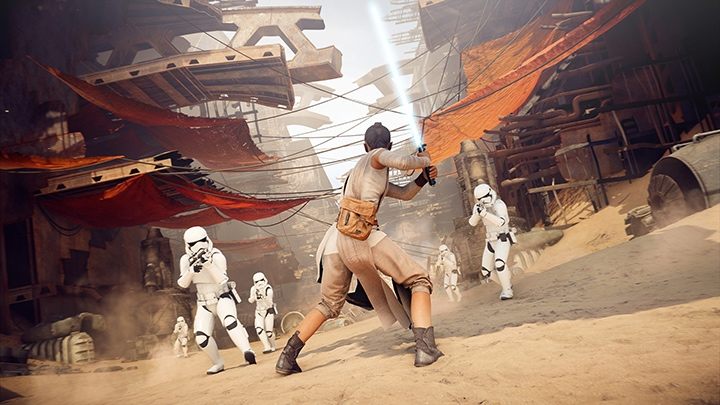 Another Battlefield set in the Star Wars universe was supposed to fix the flaws of the predecessor released just two years earlier. The idea was to offer more content, especially a single-player campaign, and to abandon the season pass model so as not to divide the community into those who have expansions and those who don't. And in general, the developers kept their words. "From a certain point of view." It's just a pity that by improving one thing, EA found a perfect way to patch the financial hole after the lack of paid DLCs. The launch of Star Wars: Battlefront II caused a greater disturbance in the Force in the world of virtual entertainment than the destruction of Alderaan.

Where do I begin...? The most "negative" Reddit post of one of the devs about the fact that the painstaking grind in the game (as an alternative to microtransaction) is an "act of mercy" to awaken some sense of pride in the players and encourage them to achieve their goal? Boosters with cards that upgraded random characters' abilities as a cover of pay-to-win mechanics? The storm that erupted not only online, but also in the parliaments of many countries after EA was accused of promoting gambling among children?

Regardless of the subsequent changes and the current state of the game, Battlefront II will probably forever remain synonymous with the boundless greed of corporations and all the bad practices of publishers that appeared during the eighth generation of consoles. This was no longer about fixing bugs in the game. The creators had to redesign their work in order to remove deliberately introduced mechanics that worked against players, and this is a completely different scale. It is a pity that such a well-known brand as Star Wars was involved in this.