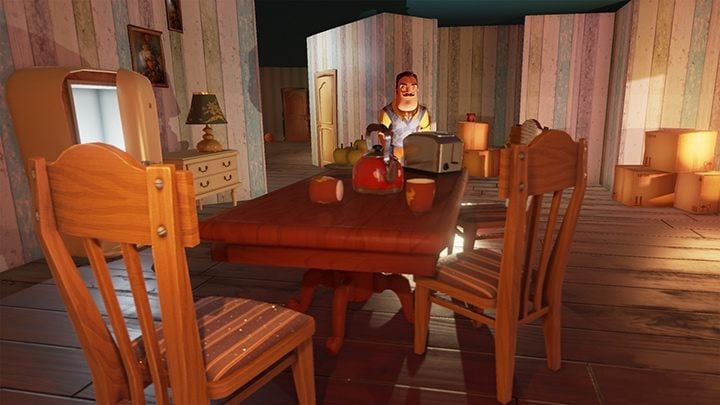 The more popular a brand or the studio working on it and the more expressive marketing, the more disappointing bad games are.Smaller games, however, cannot count on some preferential treatment, as the creators of Hello Neighbor found out the hard way. This is a rather unusual stealth game, in which players assume the role of an ordinary suburban resident stalking his neighbor. Its main asset was supposed to be artificial intelligence algorithms that remember one's actions and react to them appropriately. The game also stood out for its seemingly ordinary, but quite original setting when compared to other games with its stereotypical house, with a whole range of everyday items to use. However, the result was below average.

Where did Hello Neighbor go wrong?

In fact, everything except the graphic style. The developers had interesting ideas for the game, but absolutely no skills to implement them properly. As a result, Hello Neighbor turned out to be a frustrating mess with bugs covering piles of bugs. Artificial intelligence behaved idiotically, failure in completing missions had no consequences, and the riddles could be solved, probably, only by the creators. The plot was also one of those "strange" ones, and all this translated into one of the worst-rated games of this generation. Nevertheless, the developers got such a wind in their sails that in July of this year they announced a sequel and published its alpha version. Maybe finally they will be able to create a game to fulfilling the promises from the original announcements?