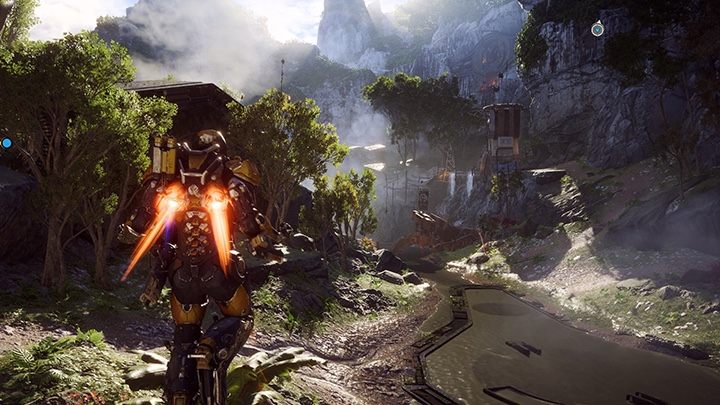 BioWare and a superproduction set in space! Is this the recipe for another Mass Effect? Anthem was supposed to be a bit of an RPG, with a hint of looter shooter mechanics, a solid portion of the story campaign, an optional spoon of the co-op mode, and a handful of endgame activities. Also the mechanics linked with flying around in the special suits - javelins - seemed pretty interesting. The gamer community was a little skeptical about the news of another looter shooter built on a Destiny-like model, but the wonderful visuals presented in the trailer, a huge budget, and the BioWare brand aroused justified curiosity. However, the results exceeded everyone's expectations.

Where did Anthem go wrong?

Shortly after the premiere, I wrote under my Anthem review that if after six years of production we get the game like this, then this time was not used to finalize the details - at some point, something had to go very wrong and the developers had to fight to make the game appear at all. Soon after, journalist Jason Schreier revealed some details regarding the difficult process of creating Anthem. A project that was badly managed from the very beginning with no clearly defined concept and vision that could be pursued for all these years.

Anthem turned out to be a game hustled up in just over a year, in which even the title was somewhat random. Looter shooter elements were hastily introduced, no endgame was prepared in advance, and there were even no items one could acquire through microtransactions. Huge problems and delays were caused by the Frostbite engine, with which the BioWare team had to work. Players generally got some portion of the game with a price tag of a full-fledged and well-developed product. But, as it was possible to somehow save Battlefront II, Anthem is unlikely to be rescued, despite reports of the studio working on Anthem 2.0. It is an illustration of poor production, which is a warning not so much for the audience, but rather for all game developers - an obvious example of how not to make them.