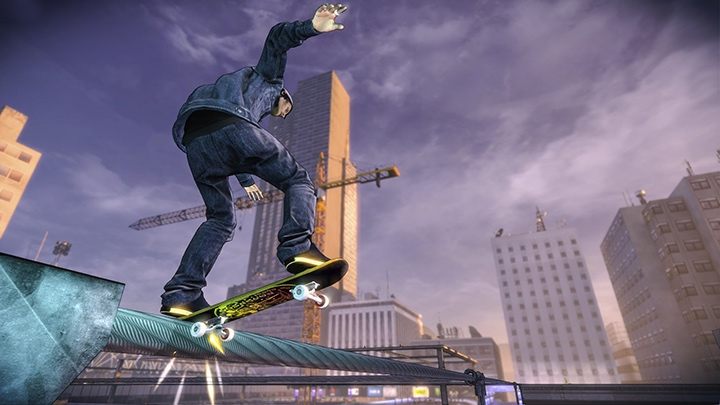 The fifth installment of Tony Hawk's Pro Skater series was supposed to be a return to the roots of the famous brand, started back in the 90s. The developers have bet on an arcade form, spectacular gameplay, full of combos allowing for various tricks. This included maps modeled on locations from previous installments, a park creator, creating one's own skater, and the multiplayer mode. However, the alarm went off when we learned that the game was being created by Robomodo studio. It was also responsible for the worst installment in the series, Tony Hawk: Ride. Unfortunately, the predictions proved correct.

The reviewers' 32/100 and users' 1.5/10 Metacritic ratings say it all. It's just a very lame game that has nothing to do with its famous predecessors. First of all, part five was released in a terrible technical condition. Bug compilation videos were endless and featured not small glitches, but annoying bugs that took away all the joy of playing. This part of the series presented mediocre visuals, and the skating physics was neither arcade nor realistic. It seemed more like the result of creators' wrestle with the engine to give a second-best of any tricks.

Fortunately, the disgust left by part five was offset by the remake of the first two parts pushed as Tony Hawk's Pro Skater 1+2. Vicarious Vision - the studio known for creating the remake of Crash Bandicoot - did well and fans finally got a decent skateboard game.