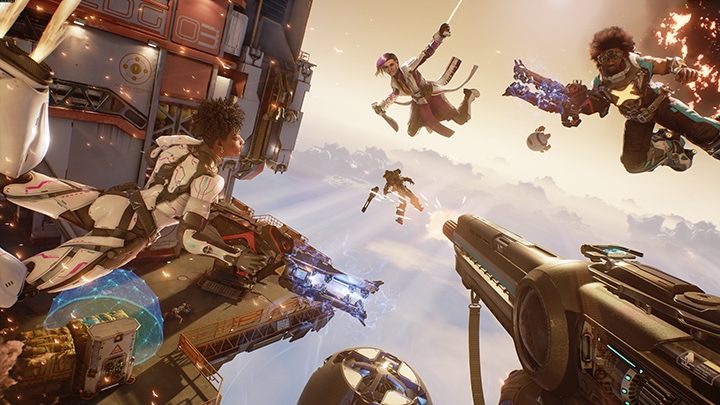 When an online shooter is being created by a genre veteran  the one and only Cliff Bleszinski who worked on Unreal Tournament and Gears of War  investors are rubbing their hands in anticipation of some big profits. The science-fiction setting combined with a dynamic, skill-based model together with interesting ideas to speed up the gameplay has translated into generally quite good reviews in the gaming media. Bleszinski once again proved that when it comes to gameplay or level design, he knows what he's doing, and he's still in shape. But in 2017 it was far too little.

Where did LawBreakers go wrong?

A month after the premiere, the number of people playing LawBreakers was expressed in hundreds, and not thousands - all this still provided that the weekend was right behind the corner. After less than a year, there were fewer people playing the game than there in an average class at school. Despite the good reviews, nobody wanted to play LawBreakers. Why?

The creators probably failed the most in terms of market research and the marketing itself. First, there were the bold words of Bleszinski, who publicly mocked games designed by the competition and their prices, considering LawBreakers as a project that will definitely conquer the market. Despite being cut off from a somewhat similar Overwatch, everyone compared this game to Blizzard's production, which already crushed other contenders trying to grab even a piece of the hero shooter market.

And with colorful Overwatch, which had expressive, memorable characters, LawBreakers looked like a generic SF game with nothing standing out. In addition, the emphasis on skills meant a difficult entry, which was not very beginner-friendly. This was all spiced up with irregular support and the exclusion of Xbox, which resulted mainly from Bleszinski's hissy fit. Instead of looking for ways to attract new players, the creators from the beginning seemed to deliberately alienate themselves from most of them, creating the illusion of the elitism of this title. In this genre, it's a road to nowhere. It was too late for any attempt to save this sinking ship. Even switching to the free-to-play model didn't help LawBreakers at all. No one wanted to play it for free.