Last year, we prepared for you a list of 15 most interesting MMORPGs that should have been released in 2020. It's 2020, and you know what? Some of them haven't been released. The pandemic doesn't make anything easier, gaming business included.

One way or another, we've put together a fresh list of games that should be released next year. We've shuffled the games from last year's article and dropped those titles that have gone completely silent, or are still in early production stages. I focused on those games that are really worth watching and that have a real chance to be released.

In order to make this article a little more upbeat, we should consider these games that were supposed to release in 2020 and actually did. It's admittedly a bit of a stretch, as all of these debuted in Early access, but let's not get picky. This honorable mentions include Temtem and Last Oasis, which really deserve praise. Unlike other projects, these two have reached 2020 without delays or postponements.

SOMETHING'S MISSING? DID WE FORGET SOMETHING?

We decided to be stricter in our selection this year. We considered the problems these games face and information from the devs. But if there is any MMORPG that you would like to see in this compilation, mention them in the comments! 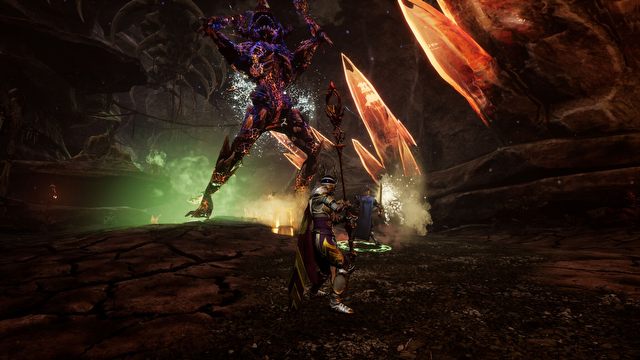 Ashes of Creation is considered the savior and deliverer of the MMORPG. It will take a while, though – the game is slated to release a beta in 2021, with the actual release date being still a matter of question. It's a game without which no list like this one can be complete, since "everyone's waiting for it." However, recent information indicates that Ashes of Creation may indeed turn out to be worthy of attention.

The good news is the change of publisher. The creators, Intrepid Studios, ended their cooperation with My.com and they decided to self-publish. My.com doesn't enjoy a good reputation among MMORPG players, so this information was received by the community with considerable relief, even with joy.

Presentations of character classes and development materials also inspire optimism – Ashes of Creation is actually beginning to be fleshed out. I don't want to jinx it, but this is one of the most exciting games to be waiting for. Especially for people who are looking for challenging gameplay, want to feel like during an RPG session, and love some guild competition. Sixty-four character classes also seems impressive!

CHRONICLES OF ELYRIA, OR A GAME THAT "WAS NOT CANCELED, ONLY POSTPONED”

Chronicles of Elyria was one of the promising games – at least until it was shown to people, presenting a game in a deplorable state. Soon thereafter, the studio went bankrupt decided to quit the development, but immediately changed their mind. Why? In order not to have to refund players who felt cheated. A lawsuit is currently pending against the developers responsible for Chronicles of Elyria.

It's interesting because the studio officially has only one employee, and everyone else involved is technically a volunteer. In addition, the status of Chronicles of Elyria has been changed from cancelled to postponed. Works are allegedly underway, but there are financial problems. Nevertheless, all the obligations to those who backed this project should be fulfilled. Someday.