MMORPG – for many people, a genre of choice, which may seem surprising to some players. We often associate these titles with repetitive quests, endless grind, and rudimental story (compared to single-player games). As you can see, for some, the social aspect and the ability to compete with a live opponent are much more important.

This list is exactly for people like that – and maybe it will help convert some of the infidels. You will find here the most interesting and promising MMORPG projects, slated to release between 2020 and 2021. Take all this with a grain of salt, though, because – as you probably know – games of this genre are particularly prone to delays. Some of them will probably not come out before 2022.

At the same time, most of these releases are available at least in alpha, which, in theory, means that the studios are hard at work developing their project, which means that we can reasonably expect most of these to come out sooner rather than later. For us, it’s an ideal opportunity to consider possible alternatives to World of Warcraft. Who knows – maybe the future king of MMORPG is on this list? Let's get this party going. 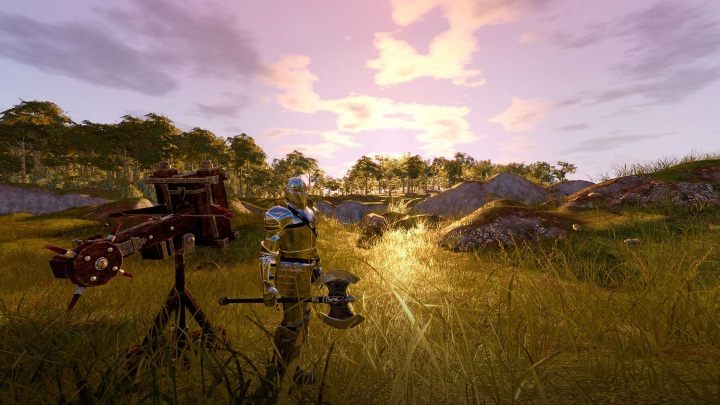 Camelot Unchained is a title that should cater to those of you, who are especially keen on rivalry. Developers say the game will be based on faction PvP. The closest comparison is probably PlanetSide 2, but instead of rifles, we have swords and maces. We also won't be performing plot quests here. But we will find ourselves in a cruel world, the fate of which will be determined by the faction that secures its power on the battlefield.

These are not just empty promises, because Camelot Unchained is going to make character development completely dependent on the performance of our faction in battles. You will have to participate in the offensives and conquer new lands to have access to raw materials. Which will, in turn, allow creating the best equipment, and developing new technologies. War, after all, is the perfect fuel for this kind of discoveries.

The devs also want to balance the mechanics in such a way that the outcome of battles doesn't depend on numbers alone, but rather on the quality of the troops. And it's not just about having better gear, too – it's more about being able to take advantage of the environment, personal skills, and tactical aptitude. In Camelot Unchained the single unit will have fundamental importance in battle.