The year is ending, so it's naturally a time of summaries. Short games are still alive and kicking. The thing is there were relatively few new ones this year, but there was still plenty to choose from. Below, you will find a list of 15 games of various kinds. There are adventure games, arcade-action games, survival horrors, "walking simulators" and even boomer shooters. Something nice for almost everyone – almost, because there were no racing games. 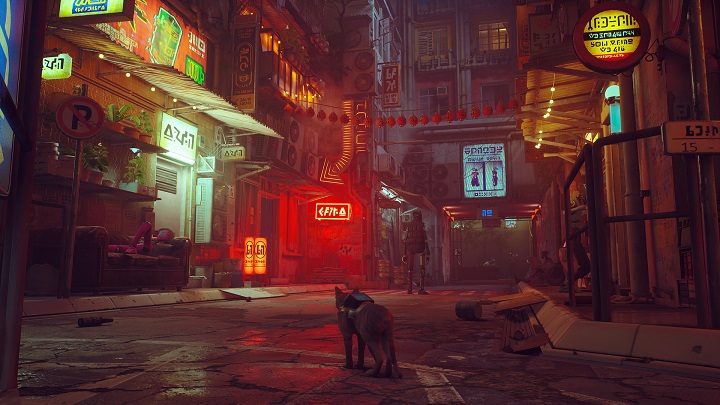 Stray was one of the nicest surprises of this year for many players. By the way, it reminded us that video games aren't just about gameplay. Not very impressive and, for some, overly simplistic, the game enchanted us with its cute, realistic protagonist – a cat that became viral on the web, among others due to reactions of real animals. In addition, Blue Twelve's production is quite accessible, with a few moments that can be a bit frustrating – such as some of the escape sequences. But so what, if it's a fairly short game?

Stray is not only a successful "cat simulator," but also a game with a great atmosphere and quite an engaging plot, particularly well-suited to players tired with shallow epicness that's so common in games. In addition, there will be a lot of exploration, talking to the characters you meet and solving puzzles. And all this accompanied by a catchy soundtrack by Yann van der Cruyssen, whom you might remember from Seasons After Fall.