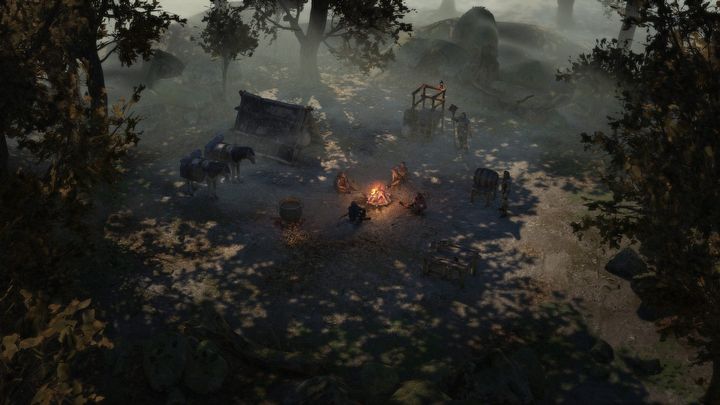 What will Wartales be about?

Part strategy, part RPG in a dark universe in the realities of the Middle Ages. As the leader of a group of mercenaries, we will try to survive in quite difficult conditions of lawlessness and the prevailing zombie plague. Sometimes you'll have to carry out errands for some dubious fellows, sometimes protect defenseless villagers, sometimes plunder locations. However, you will always have to take care of the expansion of the camp and the morale of your companions. Only with them can you win turn-based battles, especially when a powerful boss stands on the opposite side.

Wartales has been available in Early Access for two years, and this year, it is finally going to be released in its official, full version. During this time, the game has received almost eight thousand "very positive" reviews. We have known for a long time that this is a solid, constantly developed and improved production, which is worth reaching for today. It is known that new locations, randomly generated activities, tournaments and other attractions will come to the game later. So, this isn't simply about changing the version number to 1.0, but rather continuing to support the game, taking into account the feedback of the community.