Cyberpunk 2077 has a certain problem even before the premiere – seemingly, the only way it could surprise at this point is negatively, given all the expectations. They're huge. And it's not just about this being the next big thing from CDP RED. This is the case with games from any recognizable studio. But every year brings games that are the exact opposite of that – we expect nothing at all from them, and hence they have a good chance of surprising us positively. These games are obscure for various reasons; some lack the funds for a full-fledged marketing campaign, others come from low-profile studios.

2019 gaves a few such gems, among them A Plague Tale: Innocence, the excellent Disco Elysium, and in a sense, also Control, which had a significantly larger budget. Even earlier, we've had games like What Remains of Edith Finch, The Walking Dead Season 1, the campaign in Titanfall 2, to name just a few. What about 2020? We have prepared a list of sixteen games that are constantly lost somewhere among the biggest titles, even though they don't deserve that, as they look really interesting for their own reasons. 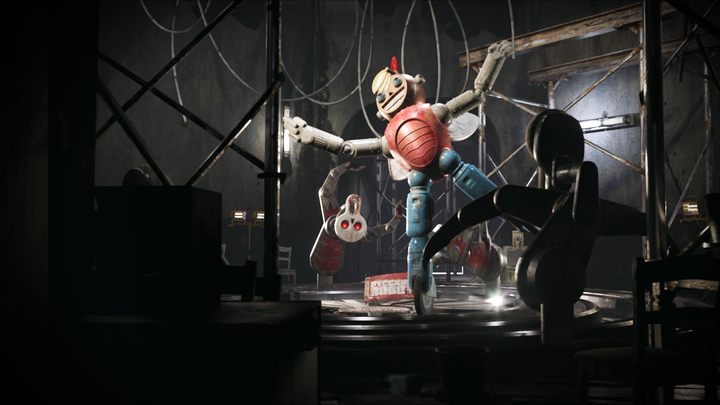 A special agent is sent to a secret laboratory, due to the complete loss of contact with it. The main premise of the Atomic Heart's narrative couldn't be more formulaic and boring, but we actually are dealing with one of the strangest and most original releases of recent years. This is achieved with an unusual combination of homey environments, retro-futuristic stylistics, and surreal scenes with mannequins, mechanical clowns, robots, and pouring blood. And all this to the tones of old Soviet hits, as the action of Atomic Heart takes place in a strange version of the Soviet Union.

This creates a lightning combination; you can completely forget the game is supposedly a combination of Doom and Bioshock, i.e. two of the most successful shooters of the modern era. And while another attempt at creating a bloody shooter wouldn't usually spark our interest in any significant way, in case of this game, we have the impression that some sort of a crazy, genius artist is watching over the entire project. A colorful village in the forest, full of decrepit, Soviet Lada cars, gears marching next to them, or smiling mannequins and a lazy tune from the 50s... it's like Lem on acid (which makes him just the regular Lem?), you just have to see it!