I know my plans for June – crossing the Dark Portal to the Outland in World of Warcraft Classic. What about you? There's no shortage of new games arriving this month, so you should be pretty spoiled with the choice. Admittedly, these premieres are not spectacular, high-profile releases, but you'll definitely find plenty of interesting stuff. 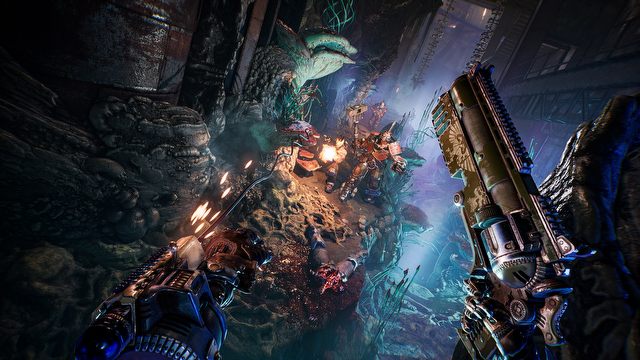 What is Necromunda: Hired Gun?

Necromunda: Hired Gun is another attempt to make a good game in the Warhammer 40,000 universe. This time, the baton was passed to Streum on Studio. Their back catalog includes E.Y.E: Divine Cybermancy and Space Hulk: Deathwing, so you can't call them greenhorns. You can't also deny they've been making rather convoluted games, but with their charm.

Is Necromunda: Hired Gun worth it?

Necromunda: Hired Gun is a dynamic FPS reminiscent of the Doom series. Unlike in other games from the Warhammer 40,000 universe, we will not be fighting for the glory of the emperor. Instead, we end up on the title planet, or more precisely, the criminal underworld thereof. We will fight as a mercenary trying to make a living off performing various gigs – from delivering packages to assassinations. Missions will be completed style of your choice: using the hero's cybernetic enhancements, a grappling hook line, or your deadly canine companion. There's never a shortage of enemies to kill, so mayhem is guaranteed. 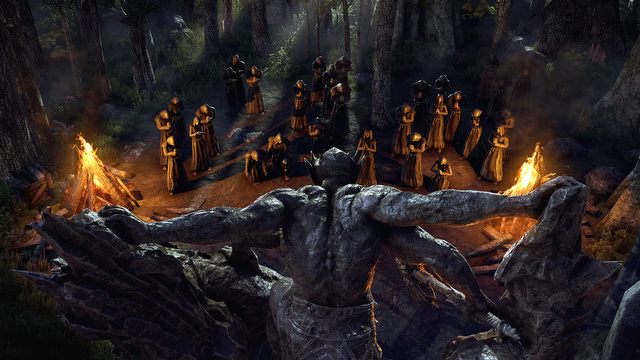 What is The Elder Scrolls Online: Blackwood?

Blackwood is the next expansion to The Elder Scrolls Online, which will debut in early June on PC, then make its way to PlayStation 4 and Xbox One before finally landing on next-gen consoles. All within roughly a few weeks. The add-on is not mandatory and you can easily enjoy the content of this MMORPG without it. However, The Elder Scrolls Online: Blackwood definitely enriches the production with elements that are hard to just shrug off.

Is The Elder Scrolls Online: Blackwood worth it?

The mainstay of The Elder Scrolls Online: Blackwood is the mercenary companion system. The players will be able to join them to their party, so lone wolves won't have to worry about not having a healer or tank on their side. Artificial intelligence will take care of that (soon coming to our local businesses). We will be able to tweak its abilities and change its equipment, making the journey through Tamriel much more pleasant. We will also get a new land and a follow-up to the story campaign, telling the fate of the Dedric prince Mehrunes Dagon, who signed a pact with the Prince of Destruction. 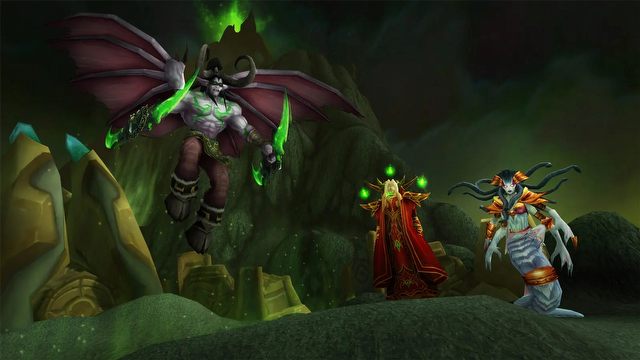 What is WoW: Burning Crusade Classic?

Blizzard is continuing its project called World of Warcraft Classic. Hence, we get another opportunity to cross the Dark Portal on June 2, which will take us on an adventure from the first add-on to the MMORPG king. Burning Crusade Classic will not depart significantly from The Burning Crusade – it will offer a few improvements and gameplay tweaks.

Which days used to be the days? 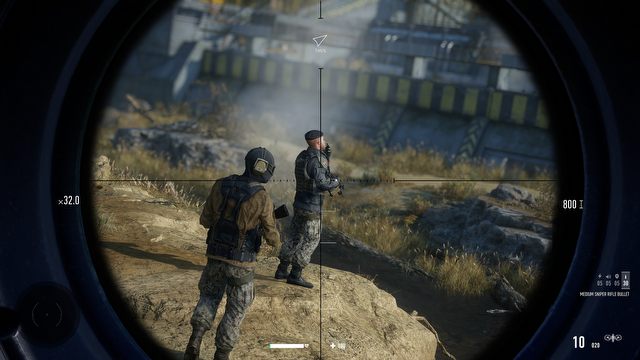 What is Sniper: Ghost Warrior Contracts 2?

CI Games releases yet another sniper game. This time, we're dealing with the second part of a new series called Sniper: Ghost Warrior Contracts 2. We land in the Middle East, near Lebanon and Syria, where a dangerous syndicate has nested. As a professional sniper, we will try to solve problems and bring peace with long-range, precision assassinations and well-executed missions.

Is Sniper: Ghost Warrior Contracts 2 worth it?

We get twenty missions as part of the game. The main objective of each will be to eliminate a target that is an important figure in the syndicate. In addition, each contract also contains side objects to complete, for which we will receive more points and special rewards. We will improve our gear, and there will also be tactical aspects. This is because the maps will be vast and you will have to do some reconnaissance before taking the shot. As usual in the series, we will see spectacular scenes of the camera tracing our bullet in slow-mo as it travels towards its destination. 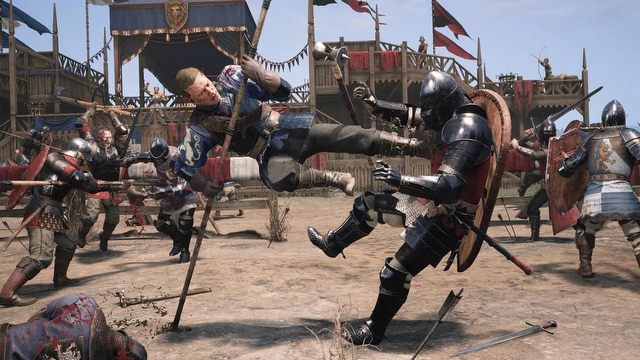 Chivalry 2 is a sequel to the 2012 online game, Chivalry: Medieval Warfare. Developers decided to improve the original idea and make medieval battlefields even more appealing. This is a game aimed at people who love competition and want to try their hand at spectacular, but not necessarily realistic sword fights.

What makes Chivalry 2 stand out?

Chivalry 2 actually takes an old concept, improves it, seasons it with a new layout and adds a few new features. In this case, it will be horseback riding, and combat. We will be able to fight from the back of a horse during skirmishes with up to 64 participants. While the fun is primarily focused on duels, you have to constantly be aware of your surroundings. After all, you never know who will join!