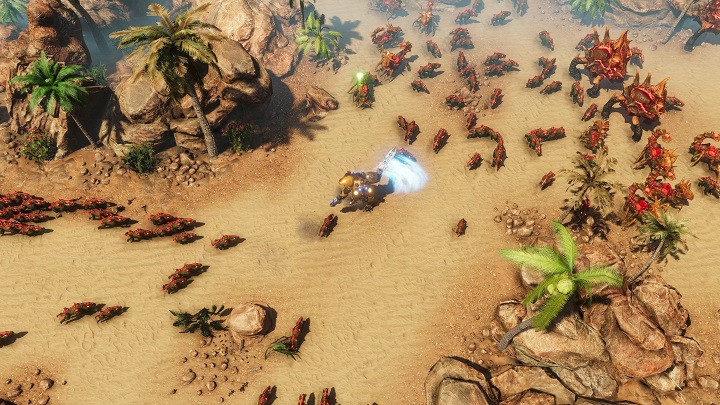 The Riftbreaker is another Polish production in this list. It's prepared by EXOR studio, already known for such games as Zombie Driver and X-Morph Defense. This time, the creators have prepared an adventure in which we will play the role of Captain Ashley S. Novak. Her job will be to get to the planet Galatea 37 and create a link there that allows easy travel to Earth and back. This will require amassing resources and energy, as well as building a proper network of facilities (such as factories, mines or power plants), which will force constant exploration and fight for resources.

However, it won't be easy at all, because the alien fauna won't turn out to be very friendly and while collecting materials, we also have to worry about not falling prey to the sinister creatures. Fortunately, our captain will not arrive on the planet defenseless, and the mech she will be equipped with will serve not only to collect resources, but also to fight. What sets The Riftbreaker apart from other diabloid games is its emphasis on expanding and protecting the base needed to complete the game.