The first half of 2022 is nearly done. And although it may seem that we did not get too many outstanding hits, we will be playing Elden Ring for a long time. Horizon Forbidden West, Dying Light 2, Tiny Tina's Wonderland and Sifu also delivered quite a lot of fun. Fans of racing, shooting and cinematic horror could find something for themselves, too. And we are talking mainly about large, high-budget titles – at the same time, there were also some interesting, smaller productions.

If someone is not yet able to name a position worthy of the GOTY award, there's a good chance that they'll play one in the coming six months. Now, there won't be as many big releases as it seemed at the beginning of this year, but it doesn't look like a complete drought. Here come the high-budget games slated to release in the second half of 2022. They include systematically appearing sequels and long-awaited follow-ups, as well as brand new IPs – a nice mix where everyone should find something of interest. 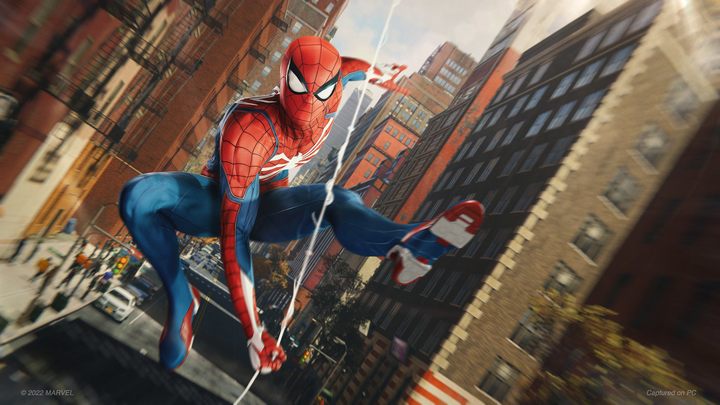 What is Marvel's Spider-Man about?

There will be no surprises – it's a PC port of the 2018 game, originally an exclusive title for PlayStation 4, then released in a bit shinier version on PlayStation 5. In line with Sony's new strategy, this is another item in their catalog that finally arrives on PC. The plot is not based on any of the movies or comics, but is an original story. Suffice it to say that we will face a gang hiding their faces behind demon masks. We will meet many characters known from the Spider-Man universe, sometimes with a slightly different story background. A large open world full of side activities will let us adjust the gameplay to our own pace.

Similarly as in the case of The Last of Us: Part I, PC players who haven't had the opportunity to check the PlayStation exclusive yet will really get one of the best superhero games. The creators perfectly conveyed the atmosphere of the production with the Spider Man, and the most thrilling and original mechanic of the game is the perfectly realized swinging on the web between New York skyscrapers. It is perfectly intuitive, fluid and dynamic. Added to this are satisfying hand-to-hand combat mechanics that employ attacks with web and random objects. In addition, we will have a lot of exploration in the open world, great cutscenes and lots of humor.