Fans of RPG expect great things from the year 2022. In addition to Starfield or Elden Ring, in the next dozen months will also bring several smaller projects. "Smaller" mostly denotes the size of their budget, though, and many of them will be no less interesting than the AAAs. In some cases, we might be looking at surprise GOTY candidates. One way or another, some of these games will surely conquer our hearts. 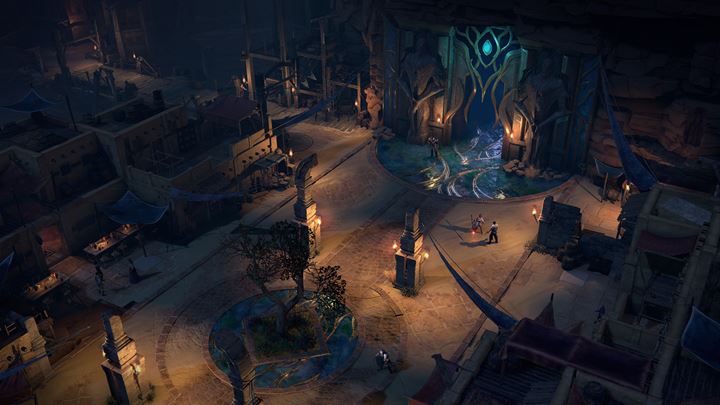 When the Polish studio released the Tower of Time, no one expected great success. It was just another niche RPG offering a team consisting of an elf archer and a human defender at the beginning. All those who gave the Event Horizon production a chance received a piece of incredibly atmospheric history, remarkable companions and at least two plot twists that turned the whole story upside down.

No wonder that fans expect a story presented with even greater panache after such a refined title – in terms of plot, mechanics, and aesthetics. And larger locations. And side quests. And expressive characters.

We do not have to worry about the latter, because in Dark Envoy, Kaela, a companion from Tower of Time, is to return. In the new game she will set off with her brother (in their parents' aircraft) on a journey through this universe full of magical and technological wonders. As announced by the developers, players will have 15 different classes at their disposal, and skill trees will allow them to experiment with character development. I don't know about you, but for me it's one of the most anticipated titles of the whole year.