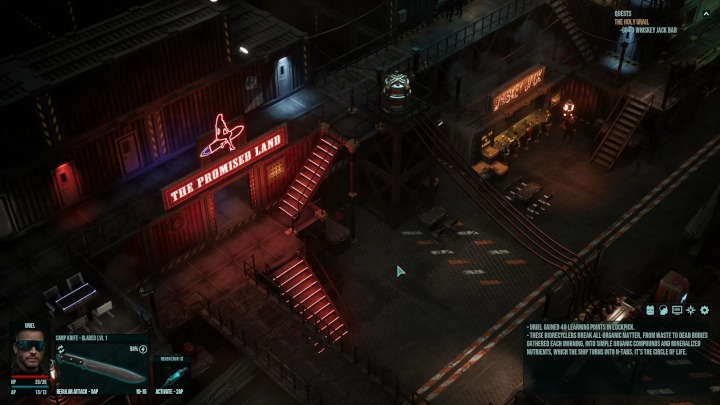 The creators of Age of Decadence are preparing a dirty, space RPG this time. Turn-based combat inspired by Fallout is just one of the flavors that the developers from Iron Tower have prepared for seasoned players. The game will also contain many other references not only to the classics of the genre, but also to the reality as we know it.

Extensive descriptions and dialogues can bring to mind the phenomenal Disco Elysium. And while Colony Ship is not fixated on narrative as much as that game, there's a lot to read and analyze here. Contrary to the opus magnum of the Estonian studio, here, we will have a chance (or in fact we already have, because Colony Ship has been available in Early Access for almost all of 2021) to manage as many as 12 team members. Each of them will be distinguishable by a completely different story, abilities, goals and motivations.

The multitude of paths that we can follow in the beta definitely promises the game to suffice for more than just one pass. And yet, as promised by the creators, the most important part of the content comes in 2022! Perhaps the biggest threat to this project is the momentum. The Iron Tower may just overestimate their strength and not finish the Colony Ship in time. But even if something doesn't work out in the final version, I do not believe that such an original design could turn out to be a complete flop.